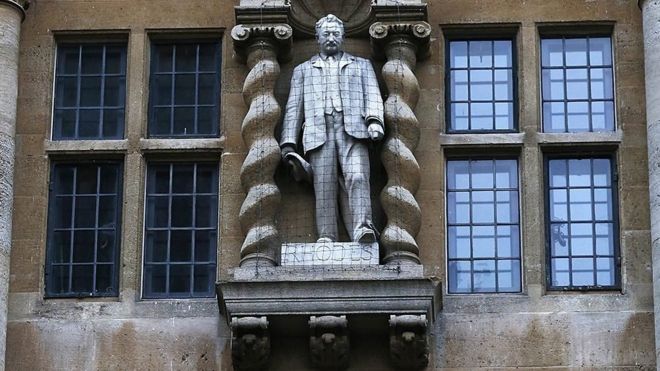 Oriel College in Oxford has announced that it would take down the controversial statue of Cecil Rhodes after the governors of the Oxford University college voted on Wednesday to remove the statue of the colonialist.

Campaigners have called for the statue to be taken down – saying it was a symbol of imperialism and racism.

The removal is not expected to be immediate – as the college says there will need to be consultations over planning regulations.

The Rhodes Must Fall campaigners said the announcement was “hopeful”, but warned they would remain cautious until the college had actually carried out the removal.

In a statement, campaigners said that until the “Rhodes statue ceases to adorn the facade of Oriel College on Oxford’s High Street” there would still be protests over “imperial and colonial iconography” in university buildings.

Oriel College’s governors said the decision had been reached “after a thoughtful period of debate and reflection” – and in “full awareness of the impact these decisions are likely to have in Britain and around the world”.

The college is to launch an “independent commission of inquiry” into the legacy of Cecil Rhodes, which also includes scholarships at the university. 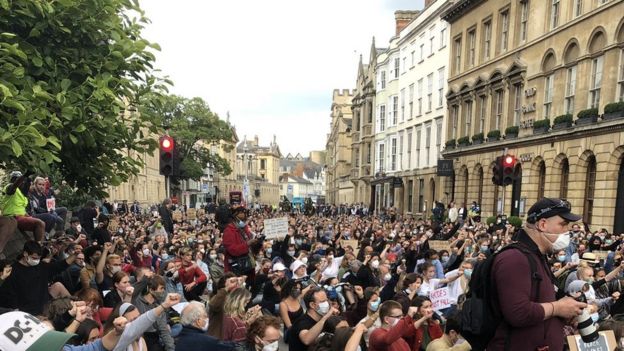 The commission, to be headed by Carole Souter, will also consider wider issues, such as support for black and ethnic minority students and a commitment to “diversity” – and will consult with groups including students, local people, councillors and the Rhodes Must Fall campaigners.

Susan Brown, leader of Oxford City Council, backed the decision to take down the statue – and said the college’s inquiry would be a chance to decide where the statue will “best be curated in future”.

The university has been around for 900 years. For 800 of those years the people who ran the university didn’t think women were worthy of an education. Should we denounce those people?(BBC)

COVID-19: How I Am Feeling After Vaccination-Nigeria President Mohammed Buhari, VP...