Few Weeks after Gunmen believed to be ISWAP, Boko haram executed aids worker in Nigeria another attacked have been unleashed on a group of aid workers in Niger, killing six French citizens, their local guide and driver, officials say. 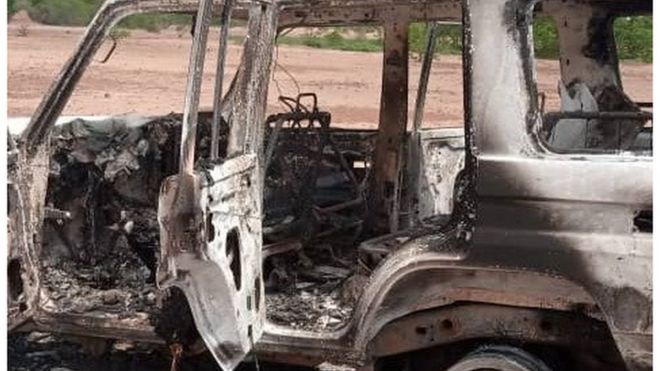 They were in the Koure region, which attracts tourists who want to see the last herds of giraffe in West Africa. ACTED, a French humanitarian NGO, confirmed its staff members were involved in the incident in Niger.

It is not yet clear who was behind the attack, but jihadist groups have become increasingly active in Niger. 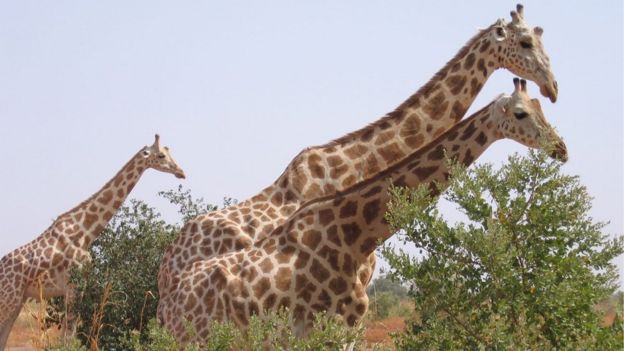 The French presidency confirmed the deaths of the French citizens, tourists still visit to see the Niger giraffes, a sub-species distinguished by its lighter colour.

They settled in the area around 20 years ago and have been largely protected from poachers. The Koure Giraffe Reserve, around 65 km (40 miles) south east of the capital Niamey, draws many tourists.

President Emmanuel Macron spoke on the phone with his Niger counterpart Mahamadou Issoufou on Sunday, a statement said, without giving further details. The French government advises against travel to large parts of Niger, a former French colony. Militant groups, including Boko Haram, operate in the area and violence by groups linked to al-Qaeda and the Islamic State group has been on the rise in the Sahel region.

France has been leading a coalition of West African and European allies against Islamist militants in the region since June.