The Rivers State Government has obtained an Order of Interim Injunction to restrain the Nigerian Labour Congress, NLC from calling out workers to embark on an industrial action.

Rivers State Commissioner for Information and Communications, Paulinus Nsirim while briefing newsmen in Port Harcourt , said the NLC has been duly served with the Court Order.

He stated that Rivers State Government believes in the rule of law and would obey it to the latter in the subsisting matter. 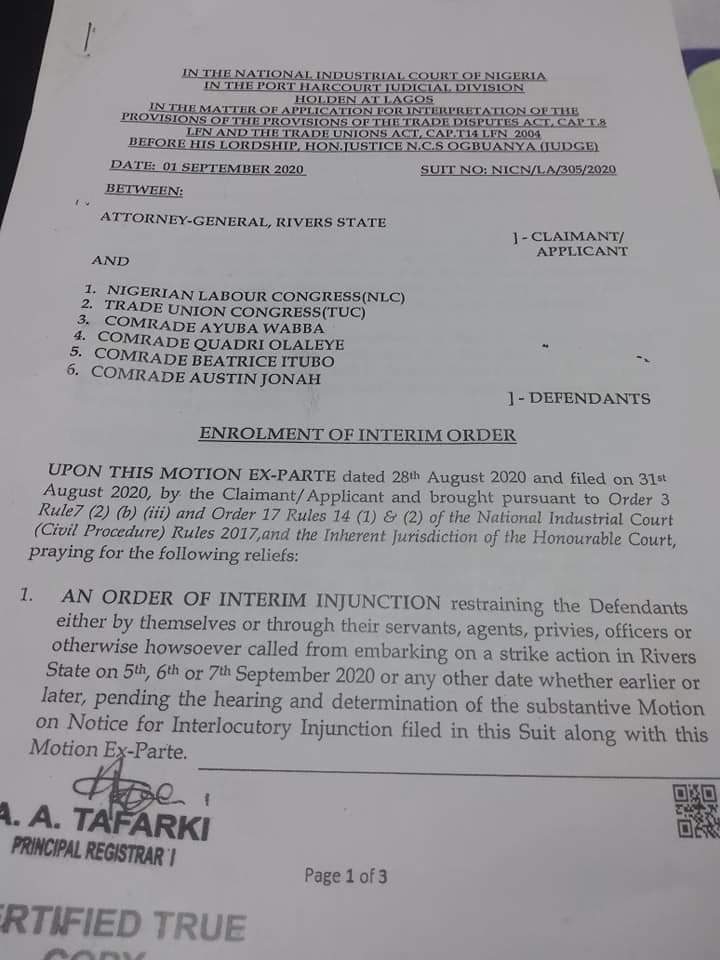 The Interim Court Order reads in part, “restraining the Defendants either by themselves or through their servants, agents, privies, officers or otherwise from embarking on strike action in Rivers state on 5th, 6th or 7th September 2020.”

The Commissioner said the order also restrained the Defendants not to embark on strike on any other date whether earlier or later pending the hearing and determination of the Motion on Notice for Interlocutory Injunction filed in the suit. 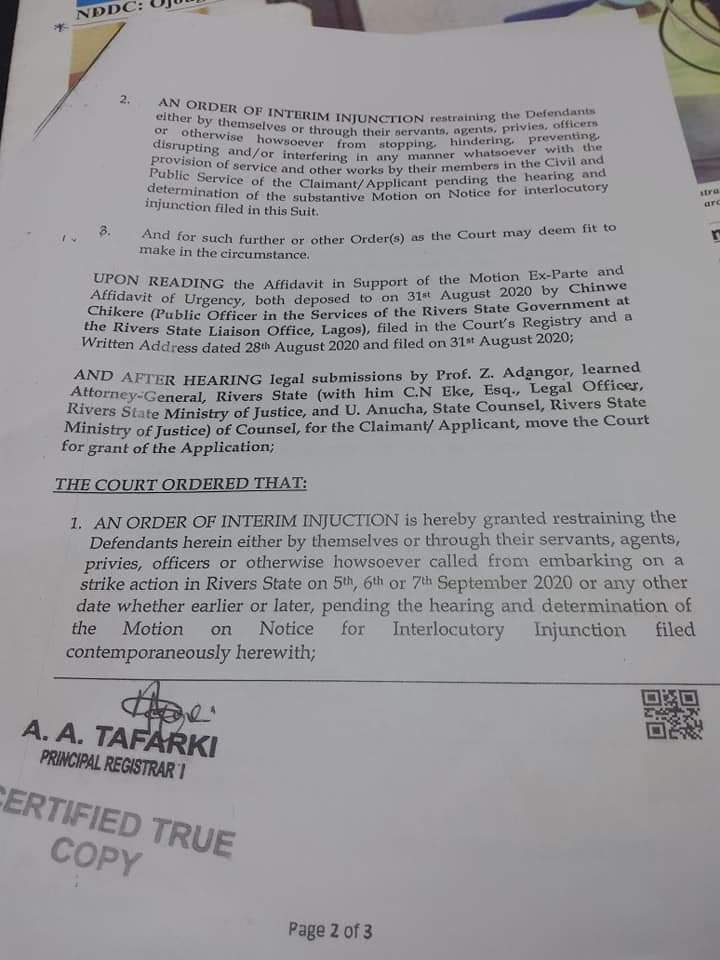 Paulinus Nsirim said, “The Defendants, their servants, agents, privies and officers are also restrained from stopping, hindering, preventing, disrupting and /or interfering in any manner whatsoever with the provision of service and other works. 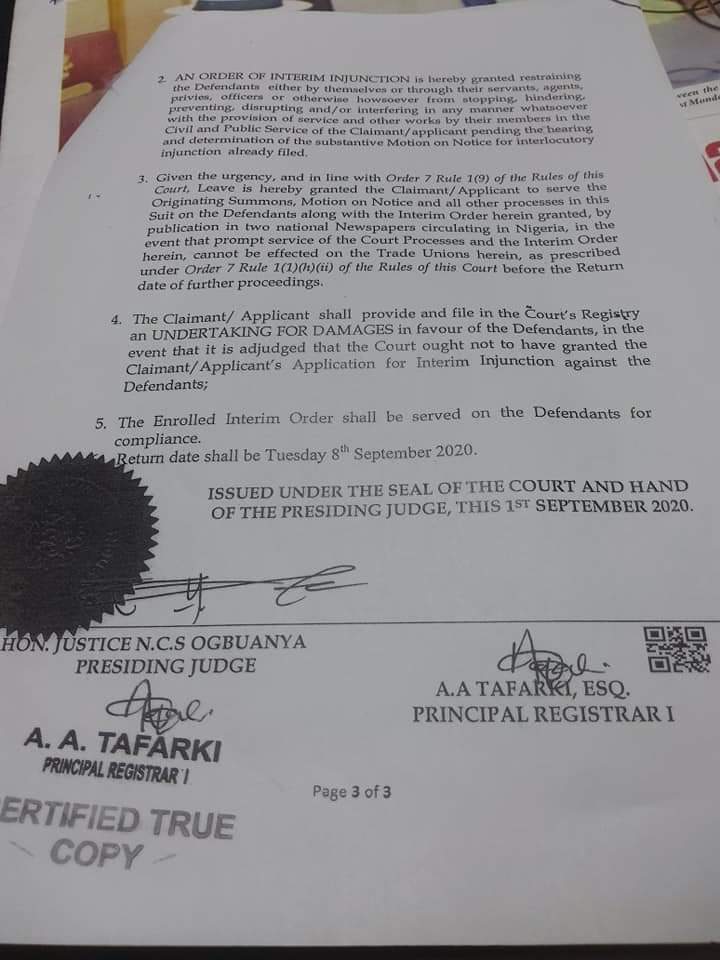 The Information Commissioner warned that if Labour decides to disobey the law, it would be considered as contempt of Court and the law would take its course
Defendants in the matter are, the Nigerian Labour Congress (NLC), Trade Union Congress(TUC), Comrade Ayuba Wabba, Comrade Quadri Olaleye, Comrade Beatrice Itubo and Comrade Austin Jonah.