Saturday, May 8 2021
Home News NDDC SAGA: Are The Ijaws More Niger Delta Than An Akwaibom Man? The Oron Union Cautions Against Ethnopolitical Bitterness Over The Appointment Of Effiong Akwa As NDDC Boss
NewsPoliticsSpotlight

NDDC SAGA: Are The Ijaws More Niger Delta Than An Akwaibom Man? The Oron Union Cautions Against Ethnopolitical Bitterness Over The Appointment Of Effiong Akwa As NDDC Boss

RE: BARR. EFFIONG AKWA NDDC APPOINTMENT, PUTTING THE RECORDS STRAIGHT
At a time other regions are expressing solidarity, demonstrating comradery, and reorienting their minds towards fighting off external aggressions, the Niger Delta is engrossed in clannish and divisive posturing championed by disgruntled politicians who
have failed the region in all ramifications. This is one of the fears being harbored by stakeholders as regards reverting to regionalism; it might work for others but certainly NOT the Niger Delta for obvious reasons. 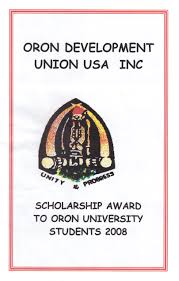 The recent uproar by our Ijaw brothers over the appointment of our son, Barr. Effiong Akwa as the Interim Sole Administrator of the Niger Delta Development Commission (NDDC), is despicable to say the least and that is déjà vu that cannot be wished away.
First and foremost, during the struggle for the development of the region, the Oro people were involved both physically and intellectually but when it was time for sharing the dividends, our Ijaw brothers vehemently made it known that Oro must not be apportioned her own dividends.
For the records, Barr. Akwa is from Oro, an oil bearing and producing community in AkwaIbom State that hosts not less than ten oil companies in her land and waters including Monipulo, an indigenous oil company owned by our Ijaw brother, Late Chief O. B. Lulu Briggs. It is this Oro community that makes Akwa Ibom the highest production quantum Member State of the NDDC and by implication, the sustainer of Nigeria’s economy. It is therefore an affront for anyone from any part of Nigeria to attempt to ridicule an Oro person over an appointment that was conferred on him by the President of the Federal Republic of Nigeria. We state in strongest of terms that we will never welcome ignominious
treatment of any Oro person and we make bold to state here that such unwarranted antagonistic disposition towards an Oro person anywhere by anybody from any quarters, elected or appointed, will be met with appropriate countermeasures. We have paid our
dues in and to this Nigerian project.
It was indeed shocking and at the same time appalling to have witnessed our Ijaw brothers ascend the eleventh floor of the NDDC Towers demanding for Chief Godswill Obot
Akpabio’s head simply because he is the Minister of Niger Delta Affairs from Akwa Ibom State. Is Akwa Ibom State not part of the Niger Delta? Our Ijaw brothers should help us put the records straight. In other climes where strong institutions are assets, our Ijaw brothers should have rejoiced over the appointments of the duo of Chief Akpabio and Barr. Akwa as Oron Union FOUNDED 1925 PORT HARCOURT BRANCH ESTD 1948 round pegs in round holes. Records show that no governor before or after Chief Akpabio has recorded such giant strides (good roads, stadium, airport, decent transport system, free education, diverse face-lifting projects and initiatives, and more importantly, the mental pride every Akwa Ibom person exuded for being an indigene of a state governed by His Excellency, Chief Godswill Akpabio, as was occasioned by his tenures from 2007 to 2015. This earned him the ascription, “the Uncommon Transformer”; thus, our Ijaw
brothers should have been singing melodious tunes had they indeed been interested in the development of the Niger Delta region. But that is how base greed can make anybody
that gives it attention. From 1999 to date, our Ijaw brothers have occupied the offices of the NDDC Managing Director and Board Chairman, and Minister of Niger Delta and Petroleum Resources
without encumbrances from their Oro brothers. They had occupied and are still occupying key positions in the Presidency and its cabinet, key Ministries, Departments and Agencies
(MDAs) of Government and the Niger Delta region, Oro has never protested in anyway.
Why this bad blood against Oro and Akwa Ibom State when time has favoured us? Granted, the NDDC must be fully constituted but if it is expedient to have an interim administrator given the prevailing circumstances (ongoing forensic) of the NDDC and an
Oro son is so favoured, then it is counterproductive for any section of the country, or the Niger Delta for that matter, to have displayed such crass hatred towards an Oro son. Ibim Seminetari, Prof. Brambaifa, Joy Nunieh, and Prof. Pondei had all headed the Commission in acting capacity. In fact, some of them acted for about two years but was never affronted by the Oro people. Instead of rancour, Oro people gave them full support to ensure they succeeded in their respective tenures. It is therefore not in the interest of any ethnic group to mistake the calm mien of an Oro person for weakness as no one can lay claims to
monopoly of hostility or violence.
It is pertinent to quickly present what the NDDC Establishment Act states about member states and ask relevant questions. To wit, Section 1(3):The Commission shall have its head office in Port Harcourt, Rivers State and shall establish an office in each member state of the Commission; Section 2(1b): one person who shall be an indigene of an oil producing area to represent each of the following member States, that is, Abia State, Akwa lbom State, Bayelsa State, Cross River State, Delta State, Edo State, Imo State, Ondo State, and Rivers State.

1. Is Akwa Ibom not a member state of the NDDC?
Section 12, Subsection 1 states that “There shall be for the Commission, a Managing Director, and two Executive Directors who shall be indigenes of oil producing areas starting
with the member states of the Commission with the highest production quantum of oil and shall rotate amongst member states in the order of production.”
2. Is Akwa Ibom not the state with the highest production quantum of oil?
3. Is Oro, where Barr. Effiong Akwa hails from, no longer part of the Niger Delta?
4. Or are our Ijaw brothers covertly telling us that there is an implicit meaning of the geographical phrase, Niger Delta?
5. If it was a man outside of the Niger Delta that headed the NDDC in the interim, or the Ministry of the Niger Delta, would our Ijaw brothers have embarked on a showdown with him?

A brother must align with his own brother to defend and develop their father’s estate rather than hurt his own brother, thereby wrongly passing a message of cowardice to outsiders. We make this assertion because no true Ijaw person could have demonstrated such aggressive behaviour towards his own brother from Oro given the common ancestry shared by the Ijaws, Oros and the Obolos. It is expediently instructive that purveyors of ethnopolitical bitterness and agents of destabilization be cautioned in their aloofness.

Retrospect: Nigerian Teen Who Survived 45 Mins Benin-Lagos Flight In Wheel Compartment, Done With Secondary School Scholarship, What Is Next?

Should The Culture Of Virginity Pride Before Marriage Be Brought Back? How Comfortable Are You With Baby Mama’s Narration, Dashing Virginity To An “Ex”?

Fake Employer In Akwaibom Says His Style Of...

Jamb Threatens To Release Names of...