Supreme Court has dashed the hopes of the seventy four political parties deregistered by the Independent National Electoral Commission (INEC) to contest in the Anambra governorship and 2023 general elections.

The Apex Court in a judgment delivered on Friday noted that the deregistration of the National Unity Party (NUP) one of the seventy four parties, was done in line with the laws and compliance with the extant provisions of the Constitution and Electoral Act.

The deregistration was for the parties inability to win any election in the 2019 general election and  the judgment was delivered by a five-man panel, led by Justice Mary Odili.

By upholding the deregistration of the NUP, the apex Court in a virtual judgment has sealed the fate of the other seventy three Parties many of which still have their appeals pending in the Supreme Court and Court of Appeal.

The NUP had challenged their deregistration by INEC at the Federal High Court and the Court of Appeal where they lost in both Courts and the Supreme Court has affirmed the concurrent finding of the lower courts, upheld the powers of INEC to deregister political parties and as well upheld that the process and procedure for the deregistration of the seventy four political parties was in compliance with extant laws.

Reacting to the judgment, the President of the Inter Party Advisory Council Dr. Leonard Nzenwa lauded the judgment saying that it had ended all speculations to enable INEC focus on critical issues in preparation for delivering credible, free and fair elections.

Also speaking, the Council of Nigerian Ethnic Youth Leaders called on the National Assembly to quickly amend the Constitution and Electoral Act to stop registration of more political parties saying the eighteen remaining parties should be enough to satisfy all political tendencies in the country. 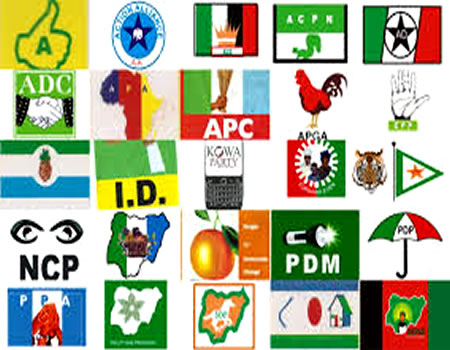 The Inter Parties Advisory Council (IPAC) also said it is a welcomed  development, the judgment of the Supreme Court which upheld the Independent National Electoral Commission’s (INEC) power to deregister political parties.

IPAC, therefore, urged the 74 parties deregistered by the commission to work with the current 18 parties for sustainable democracy in Nigeria having exhausted the full circle of jurisprudence.

IPAC in a statement by its National Publicity Secretary, Ambassador Agbo Major, said it is particularly happy with the speed in determining and delivering judgement on the matter which obviously was a clog on the wheel of our preparations for the 2023 general elections.

Here are the remaining 18 parties:

First in History! Another Esau Plays With His Birthright, Writes Dad, Relinquish His First Son Position