The peaceful town of  Finima in Bonny local government on Thursday afternoon witnessed a violent protest as Workers of the Nigerian Liquefied Natural Gas (NLNG) were earlier  in the morning barred by protesting indigenes of Finima Town in Bonny kingdom from resuming duties over alleged failure of the gas multinational company to implement host community rights.
Business activities in the area were also affected as market and shops were shut down with security agents seen policing major junctions in the community. The protest which started building by 4am later turned violent and many sustaining varying degrees of injuries and set ablaze a bus belonging to  Finima Youths Congress. 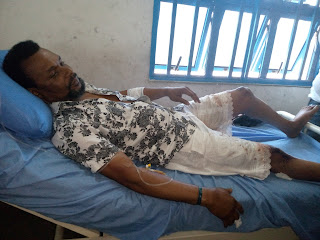 Prince Brown noted that hoodlums from Bonny heavily armed with matches, guns and bottles attacked him and others .
Members of the community, numbering over 1000, blocked the main entrance of the NLNG singing and dancing Ibani cultural songs, demanding to be officially recognized as host community to the NLNG in Bonny Island and not just NLNG Bonny
. 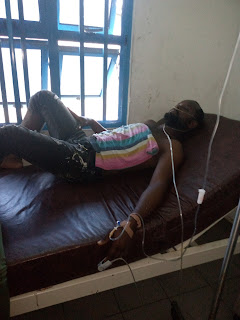 One of the stakeholders in the community, Mr. Dagogo Brown, said they want the gas multinational to be addressed and Brown maintained that the Community Content Guidelines CCG, stipulated  in the Nigerian Oil and Gas Industry Content Development Act, NOGICD Act should be implemented for the people of Finima, as host community .
He stressed that they are tired with their tenant, NLNG, as they have refused to obey the NOGICD Act of 2010 which clearly defined  host community and their rights.

The elder state man while noting that Finima is the landlords of NLNG and  needs to be recognized as such ,revealed that Finima will not rest until their desires are met as it is enshrined by the laws of Federal republic of Nigeria.
Mr Brown called on the federal government to call NLNG to order to obey the Nigerian laws as stipulated in the NOGICD Act.
0 comment
0
FacebookTwitterLinkedinWhatsappTelegramEmail
previous post