Warning: unlink(/tmp/globalwidget.min-z6V4Xh.tmp): No such file or directory in /home/eastdqeq/public_html/wp-admin/includes/class-wp-filesystem-ftpext.php on line 193

Barely one month after abducting and beheading the Lawmaker representing Aguata 2 Constituency in the Anambra State House of Assembly, Hon. Okechukwu Okoye, unidentified gunmen have beheaded a legal practitioner in the state. 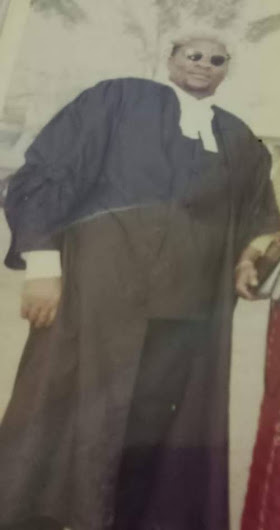 The legal practitioner, Barr. Nelson Emeka Achukwu, who was also an ex-lawmaker, was said to have been beheaded after his abductors collected the sum of fifteen million nairas (N15,000,000) ransom from his family for his release, which they never did.

It was gathered that the physically-challenged ex-lawmaker was abducted in his hometown, Ebe Village in Ukpor, Nnewi South Local Government Area, early this month, only for his beheaded and already decomposing body to be found dumped at the bank of Ulasi River in Ukpor yesterday (Tuesday), despite all the effort to rescue him alive.

A source said the ex-lawmaker, who was the owner of Nelly Oil & Gas filling station located along Ọnụsorọgụ Road in Utah, had earlier been kidnapped a few months ago but was later freed; after which he narrated that his abductors had accused him of providing information to the military but got released when they eventually found out that the allegations were false. And few months after his release, he was kidnapped the second time earlier this month, from which he never returned alive.

When contacted, the Anambra State Police Public Relations Officer, DSP Ikenga Tochukwu, confirmed the incident and revealed that the victim was abducted on June 9, 2022, in his Ukpor hometown at about 10:15 pm, while his decomposing body was found yesterday between the boundary of Uke and Ukpor communities.

He said: “The victim was abducted at about 10:15 pm in his house on June 9, 2022, and efforts were being made to rescue him before this unfortunate development. His body was found between the boundary of Uke and Ukpor.

“We are still not relenting on our investigation as we will ensure that the culprits will face the full wrath of the law.”

Hon. Achukwu represented the Nnewi South Constituency 2 in the State House of Assembly between 2003 to 2007.