She made this revelation at the 80th birthday ceremony of her husband and legendary actor, Mr. Olu Jacobs, which held on Sunday 10 July, 2022 at Glover Memorial Hall, Victoria Island, Lagos. 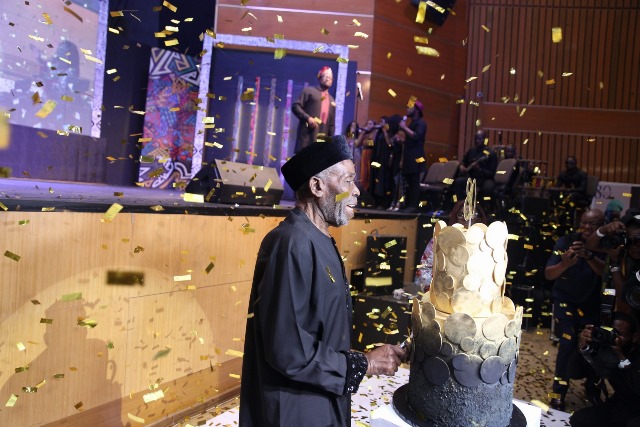 She made this revelation at the 80th birthday ceremony of her husband and legendary actor, Mr. Olu Jacobs, which held on Sunday 10 July, 2022 at Glover Memorial Hall, Victoria Island, Lagos.t was also double celebration for the multiple award-winning actress. Aside from it being the day her husband’s 80th birthday was celebrated, it was also the day Glover Memorial Hall which the Lagos State Government had concessioner to Lufodo Productions in 2021 was inaugurated.

An historical monument, Glover Memorial Hall was built in 1887 on a piece of land donated by Madam Tinubu and named in honour of Sir John Glover, the then Governor of Lagos Colony. Not only was it built to be the place for Lagos social life and as a cultural hub, notable artistes such as Kola Ogunmola, Oyin Adejobi, and Herbert Ogunde premiered their productions at the hall. The first film in Nigeria was also screened there 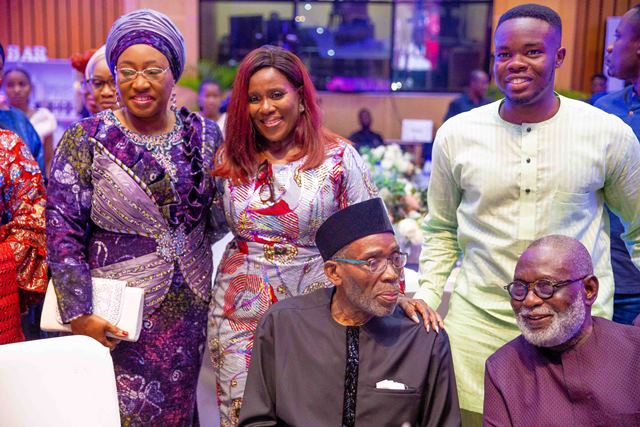 “Winning the bid for Glover Memorial Hall is like everything has come together. We have our own space where we can make theatre a part of conversation in nation building,” Silva recalled.

Expressing her appreciation to the Governor on many fronts, Silva said he had come to her rescue twice. The first time, according to her, was when she was in dire straits and needed to pay some money to the Lagos State Government but couldn’t. However, when she pulled a call through to the Governor, informing him about her problem, he rallied around her and bailed her out.

“The first person I would like to thank is the Governor of Lagos State, Babajide Sanwo-Olu. I thank him on many fronts. I thank him because there was a time when things were just so hard and I needed to pay quite a bit of money to the Lagos State Government. And I called him. I said, ‘Sir I know I have to pay this money. But I can’t afford it. So please what can I do? I beg you. I have bills uncountable. Help me.’ And he helped me,” she said.

The second time, the Governor came to her rescue was when the equipment worth N12 million; the Lufodo Academy for Performing Arts set up in a rented apartment at City Hall was destroyed during the #EndSARS protest that rocked the country in 2020. She called on the Lagos State Governor again and he bailed her out by sending back the rent she had paid for two years.

“Our school, Lufodo Academy for Performing Arts had been closed down since 2017. And we were kind of gathering all the resources together to start again. Finally, we got a place at the City Hall. And my darling sister, Lero Alija, gave us all kinds of equipment to the tune of about N12 million. So we were set up. The following weekend we were going to announce to everybody that we were back and everybody should start applying for training.

“And then EndSars happened. They took every single parts of the equipment, they broke every single toilet, they broke everything, there was no way we could start again. We had just paid the year’s rent. And so I called the Governor again. I said ‘Sir help me.’ And he sent back my rent of two years. He did. Governor Sanwo-Olu, thank you.”

Silva also said the reason Lufodo productions won the bid for Glover Memorial Hall fair and square was because of a strategic relationship they had had with Ciuci Consulting, adding that though they faced some problems initially, which almost made them pull out, Ciuci stuck with them.

“When it was time to bid for this place, one of our board members said the way this thing is going, everybody wants Glover Memoria Hall. We had an open bid. And we set it up. It was won fair and square. Lufodo Productions won this theatre fair and square.

Nollywood Actress Funke Akindele Give Reasons For Becoming A Running…

Nollywood Actor Allegedly Murdered By His PA In His Asaba…