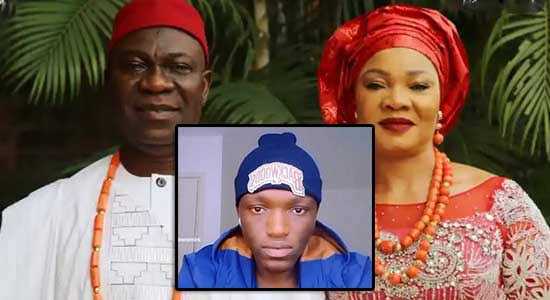 Former Deputy Senate President, Ike Ekweremadu, will spend both the Christmas and New Year Day celebrations behind bars after his application for bail was refused at the Central Criminal Court a.k.a. Old Bailey Tuesday.

His application for “dismissal of charges” of conspiracy to facilitate organ harvesting of David Nwamini’s kidney was also thrown out alongside those of his wife, Beatrice and their daughter, Sonia.

By default, the Ekweremadus and co-defendant, Dr Obinna Obeta will now stand trial beginning on January 31. By then, Ekweremadu would have spent a little over seven months in prison since his arrest at Heathrow Airport on June 23. Like on Monday, Ekweremadu and Obeta attended the hearing via video links from their prisons, while Mrs. Ekweremadu was physically present. But Sonia wasn’t in court, having been excused due to her medical condition and ongoing dialysis.

In the bail application, the defence team argued that “he is a highly regarded well known public figure,” and also referenced the fact that he “attended COP 26 in this country and represented Nigeria” on climate change discussions, but the prosecution hammered on his being a flight risk. He told the court that Ekweremadu might take flight and not return to attend the trial if granted bail.

However, his barrister said he couldn’t do that nor leave his sick daughter and wife behind.

The defence went further in his argument, saying the Nigerian Ambassador to the United Kingdom, the Attorney General of the Federation and the Nigerian Bar Association gave character references for Ekweremadu and even asked the court to consider electronic tagging in order to monitor his movement. His defence also told the court that they had sureties and securities of nearly half a million pounds from 11 people, but the Recorder of London – judge – wasn’t swayed by the argument.

On his part the prosecutor cited a letter written to them by the Economic and Financial Crimes Commission (EFCC), on July 18, to back their grounds for opposing bail. After hearing from both sides of the bench, the Judge said: “I’m entirely satisfied there remains a flight risk,” especially “as the trial is just over a month away.” In view of that, his ruling was “this bail application is refused.”

In refusing the bail, the judge further said that Ekweremadu had three different passports on him when he was arrested. This, according to him, suggests that he could take flight to either the United Arab Emirates or St Kitts and Nevis if granted bail. In other words, implying that the Senator doesn’t necessarily have to run away to Nigeria.