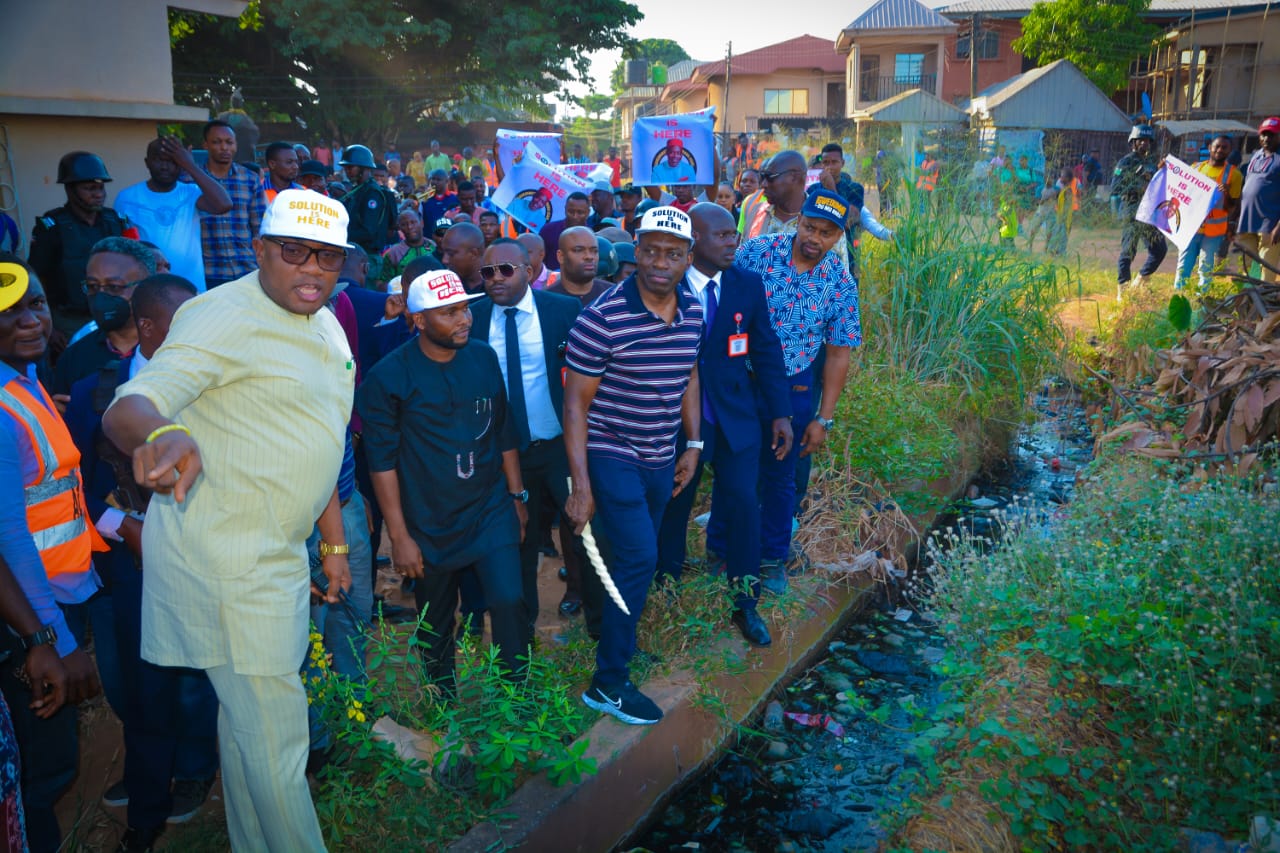 Agulu-Awka Road To Get A Face Lift, Soludo Gets Rousing Welcome At Umuogbu, Calls For More Support

Governor of Anambra State, Professor Chukwuma Charles Soludo, CFR has given assurances of giving roads in Awka a facelift.

The Governor who stated this amidst joyous chants of praises and encomiums during an inspection tour of Ichie Road, J.N.Madubo Road, Ezinwa Square, Agulu-Awka in Awka South, called on the people to keep supporting APGA which is the best platform for Ndigbo.

Governor Soludo explained that the reason for his visit was to get first hand knowledge of the condition of the road as he decried the deplorable state of the road.

The Governor stressed that any road project embarked upon by the government must undergo personal inspection in order to feel the pulse of the people, lamenting that the state of most if not all roads in Awka is not befitting for a state capital.

He disclosed that Umuogbu road will be redesigned before construction is carried out, giving assurances that by the next rainy season, April/May 2023, the road will definitely wear a new look.

He maintained that while a state of emergency have been declared on all roads in the state, over 226KM of roads have already been awarded for construction.

The Governor further pointed out that his administration has come to give succor to Ndi Anambra, even within this short period he has been in office

For the State Commissioner for Finance, Mr. Ifeatu Onejeme who hails from the Community, reaffirmed that Soludo is working the talk, assuring that the Governor will definitely deliver on his promises without reneging.

Commissioner Onejeme told the people that by implication, the economic situation in the area will improve considerably while land in Umuogbu will equally become attractive.

He pleaded with them to keep voting for APGA so Government can do more in making life better for them.

In a separate speech, Chief Emeka Agumadu who is an indigene of Awka thanked the Governor and his team for inspecting the road, lamenting that Umuogbu is being devoured by erosion, Inspite of all the promises made by successive administrations without fulfilment.

While recalling how a child lost his life due to the terrible condition of the road, Chief Agummadu admitted eighty percent of erosion in the state is man made.

Wike Accuses Rivers APC Of Planning To Cause…

LABOUR PARTY Kicks Off Campaigns This…

PREMIUM TIMES And Their Continuous Campaign…