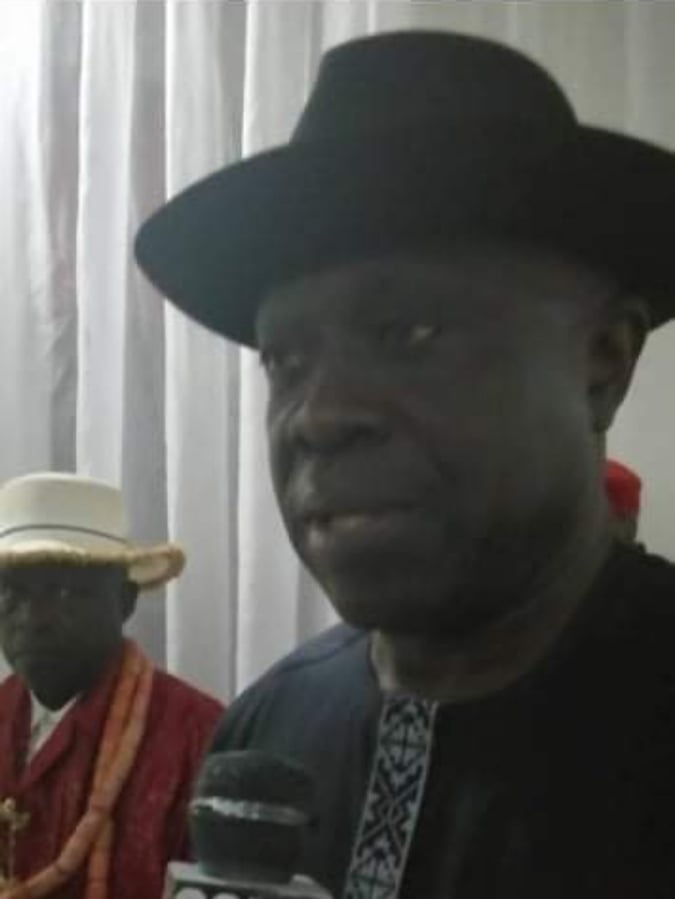 The Interim Administrator of the Presidential Amnesty Programme (PAP) Maj. Gen Barry Ndiomu (rtd) has applauded the PAP First-Class graduates at the Admiralty University of Nigeria, Ebusa- Delta State.
The ceremony, which was the school’s maiden convocation, held on the 25th November 2022 on the campus grounds saw a female beneficiary of the PAP scholarship, Ms Ebike-Emiyen Doma Perewolatei emerging as the best graduating student in the Faculty of Arts, Management and Social Science for the 2021/2022 academic session.
Ms Ebike-Emiyen Doma, who bagged four other awards including cash gifts, clinched a coveted First-Class degree in History and International Studies with a CGPA of 4.86.
Alagha Tarinpre Angela, another PAP scholarship beneficiary who also bagged a first-class degree was presented with an award and cash gift as the student who exhibited the best leadership qualities. Famous Tumodi, also a first-class honour recipient was awarded the best graduating student in International Relations and Tourism Studies and James Ayefemawei Thomas emerged as the best graduating student with a first-class degree in Accounting, Business Administration and Economics on a CGPA of 4.72.
Among the ten beneficiaries who bagged first-class awards are: Olotu Jerry, Peters Isobeye Princess, Bernard Moses Ebiwei, Azibanataram Reuben, Moses Diepreye Immaculate and Iko Tokoni.
Apart from these 10 students, 61 other beneficiaries of the Amnesty Programme were also awarded second class upper division at the ceremony in which a total of 118 beneficiaries of the Programme graduated.
Speaking on behalf of the Interim Administrator of the Presidential Amnesty Programme, Maj. Gen Barry Ndiomu (rtd), Head of the Reintegration Department, PAP, Wilfred Musa said that the PAP was proud to have sponsored very brilliant minds who have been found worthy in character and learning.
He charged the recently graduated beneficiaries to continue to be good ambassadors of the university, themselves, the PAP, and the Niger Delta at large.
He assured them that a good future awaits them if they stick to their guns and continue in the excellence they have exhibited in their academics.
He further expressed excitement about the award presented to Ms Alagha Tarinpre Angela, commending her for being an excellent example of a leader, saying that it was worthy of emulation by people in the Niger Delta.
The PAP, he noted, is committed to excellence and these students have shown that there is a great future for the Niger Delta region.
The IA revealed that the PAP will not renege on its existing commitment to the students under its scholarship programme.
General Ndiomu has advised students undergoing studies in other universities to emulate the exemplary academic excellence of these fresh graduates.

See also  PDP Is Back To One Family-PDP Natl Chairman, Ayu Boost

Is China Participating In The Ongoing Qatar World…