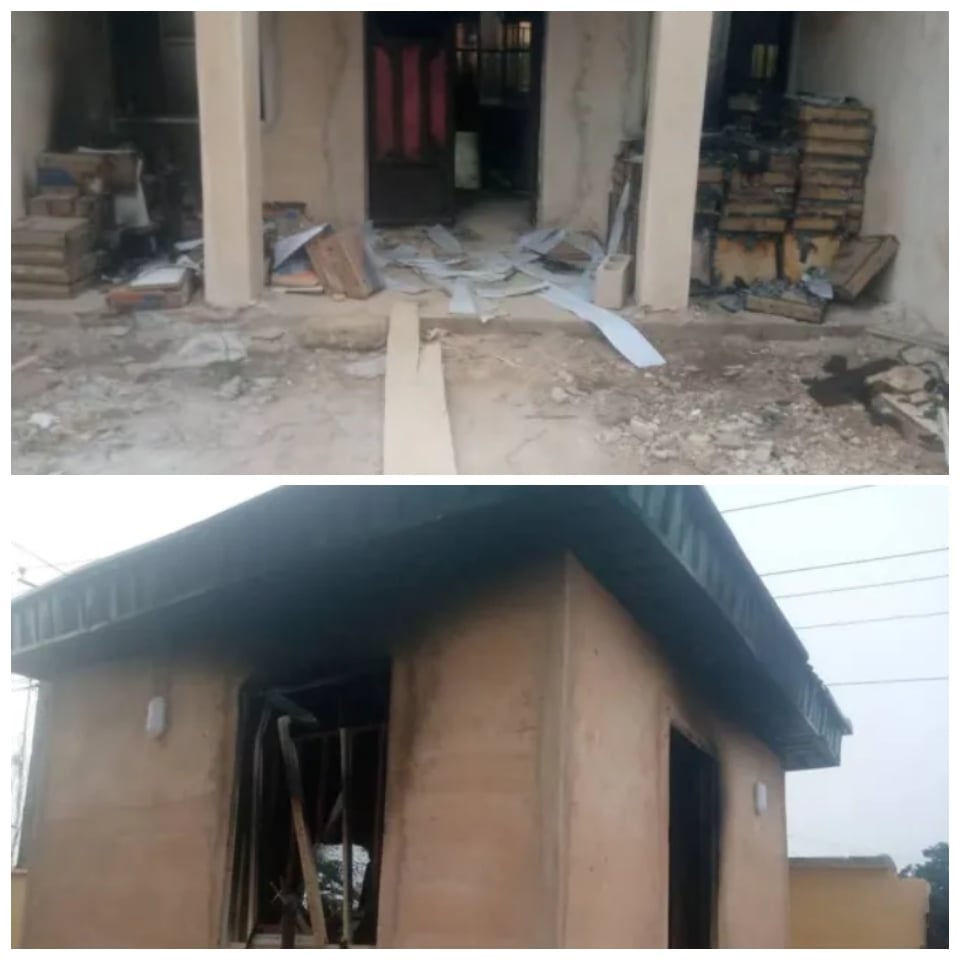 Another INEC Office Set Ablaze By Suspected Hoodlums In Imo

Hoodlums have set ablaze an office of the Independent National Electoral Commission (INEC) in Imo State, kidnapping some construction workers who were later rescued.

“The building, which is undergoing extensive renovation following an earlier attack, was vandalized and partially set ablaze. Three out of seven construction workers were abducted but later released.”

Okoye said the damage would have been more extensive barring the response of the police personnel who were quick in mobilizing their men to the scene.

“This is one attack too many. The Commission once again expresses its concern over the spate of attacks on its facilities and the negative consequences on our preparations for the 2023 General Election,” he added.

INEC has warned that the attacks may affect next year’s election.

Attacks on INEC offices have become commonplace across Nigeria with the nation set for the polls early next year.

In November, several INEC offices were attacked with the Commission warning of the threat of intensifying campaign violence ahead of the election, adding that it had tracked at least 50 attacks in the last two months.

Parliamentary and state elections will also be held in February.

Although no group claimed responsibility for the attack, southeast Nigeria has seen scores of assaults blamed on the outlawed separatists, the Indigenous People of Biafra (IPOB) group or its armed wing, the Eastern Security Network (ESN).

IPOB, which seeks a separate state for ethnic Igbo people in the southeast, has repeatedly denied responsibility for the violence.

More than 100 police and other security personnel have been killed since the beginning of last year in targeted attacks, according to local media tallies.