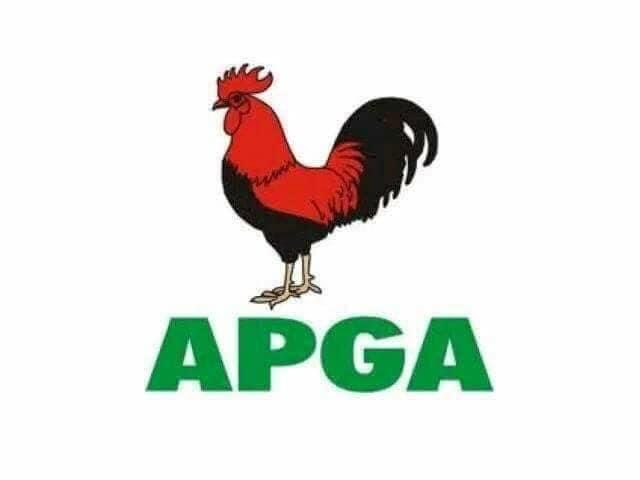 The All Progressives Grand Alliance APGA in Anambra state has uncovered an alleged plot by those they described as Political jobbers to Implicate Gov Charles Soludo of receiving the sum of $28 Million as bribe from Gov Hope Uzodimma of Imo state to run down the Presidential candidate of the Labour Party, Mr Peter Obi before the coming election.

According to the party, someone who claims to be an investigative Journalist with a name TK Ekwudayo have been approached to write false and unfounded stories in order to implicate Gov Soludo and paint him in bad light, following his recent submissions about the ambition of Peter Obi.

According to the National Coordinator APGA Renaissance Chief Uchenna Chukwuka who spoke to reporters in Awka, Anambra state;

“It has come to the notice of this body that some faceless and sponsored elements masquerading as investigative Journalist claiming false insider information from the All Progressives Congress, APC, are out to implicate our able governor Prof Charles Soludo with some baseless and false allegations of receiving the sum of $28 Million to run down the Presidential candidate of the Labour Party, Mr Peter Obi”

In the light of the above, it has become instructive that we make the following resolutions for the purposes of clarity and brevity;

“That the person of an international status, and an eminent person in the mould of Gov Charles Soludo is more occupied in giving good and populist governance to the people of Anambra state than reducing the office of a governor to that of a pedestrian blackmailer”

The group further contended that the manner and recent practice of and stock in trade of the so called supporters of the Labour Party in adopting the Nazist style of ‘Hitler Mob’ is more of their cutting off their noses to spite their faces and ultimately burn their fingers and de- marketing their candidates.

“We in the All Progressives Grand Alliance APGA have our own Presidential candidate as well as National Assembly and State Assembly Candidates who are more popular and more credible, hence cannot be cowed into playing anti party politics by supporting candidates of the Labour Party or any other party for that matter”

President Buhari Flags Off Production Of Oil In…

Palace Gossip: Two Of Ooni Of…

Cultist On Rampage In Rivers Community…