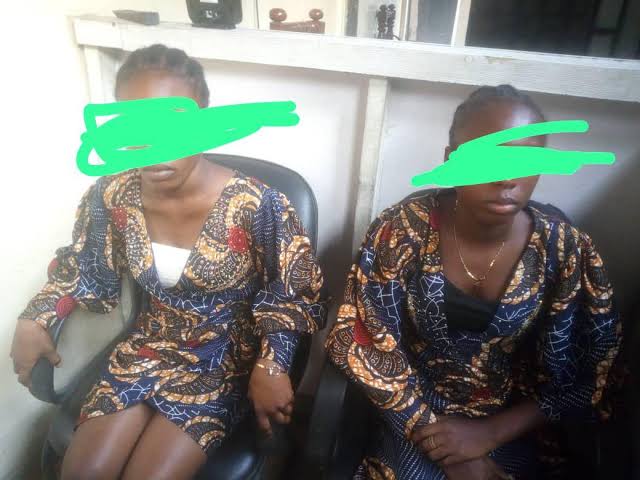 Bishop In Pains As Church Member Coerced His Teenage Daughters To Harvest Their Ovaries/Eggs/Organs Sold To A Medical Doctor For N200,000

The police in Lagos have commenced investigation into how two teenagers, residing at Iyana-Ipaja area of Lagos State, sold their organs to a medical doctor in Abeokuta, Ogun State, last two months for N200,000 without the consent of their parents.

The teenagers, 17-year-old Precious Ikechukwu, daughter of a Pentecostal Bishop in Lagos, and her father’s secretary, 19-year-old Theresa Obam, allegedly connived with an adult member of the church, Mrs. Adeleke Blessing, and went to a medical doctor at Redwood Specialist Hospital, Abeokuta, where their organs were sold for N100,000 each.

The bubble reportedly burst in September 12, 2022, when Precious, the daughter of the bishop and Founder of Living Word Anointed Gospel Mission, located at Iyana-Ipaja, Lagos, started vomiting and she was taken to hospital by her father, Ikechukwu Umeayo, who thought it was typhoid or malaria, and the doctor requested for medical test, which later revealed that her anus and private part were damaged. It was gathered that the sick girl, who became unconscious after her health condition was blown open, regained consciousness and disclosed to her father that a female member of his church, Mrs. Adeleke Blessing, trafficked them to Ogun State, where their organs were sold to a medical doctor. The teenagers further alleged that Mrs. Adeleke convinced them to carry out the illegal act because the bishop, her father, is not paying them enough money and that she will take them to where they will be handsomely paid N100,000. They also alleged that Mrs. Adeleke warned them not to tell their father/parents, that if they do, she will kill them.

The conspiracy Giving details of how the transplant was carried out, the teenagers said that Mrs. Adeleke Blessing, also known as Mummy K, without the consent of their parents trafficked them to Redwood hospital in Abeokuta Ogun State and conspired with the doctor identified as Dr. Durodola and injected them some drugs. They alleged that they were further forcefully taken to a PDF hospital in Surulere, Lagos where they were also coerced and their ovaries/eggs/organs were harvested illegally by the medical Doctor without their consent, resulting in severe pains and bleeding.

Vanguard learned that based on the startling revelations, the teenagers were taken to another hospital in Surulere, Lagos, where they were referred to a medical laboratory test and scan, which revealed that their liver, uterus, urinary bladder, kidney, spleen, gall bladder were damaged as result of their ovaries/eggs about (46 ovaries) that were harvested in the hospital at Abeokuta. When contacted, father of one of the teenagers, Bishop Umeayo, told Vanguard that when her daughter, Precious, was taken to the hospital and the test was conducted, her younger ones told him that they knew their sister was sick as she frequented toilet with medical equipment and came out dripping blood.

He said the major suspect, Mrs. Adeleke, was staying with her mother-in-law in the compound where the church is situated and often attends the church vigil. It was gathered that Favour stays with Bishop Ikechukwu and the bishop employed her as his secretary in the church with a salary of N20,000, and his daughter, Precious, who is a hairstylist makes Mrs. Adeleke’s hair and gets paid.

Vanguard gathered that the bishop, who was piqued by the ugly development, reported the case at Iyana-Ipaja police station and they later transferred it to State Criminal Investigations and Intelligence Bureau, SCIID, Panti, Yaba, Lagos, for further investigation.

However, the case took a different dimension after lawyer to the aggrieved bishop, Ikechukwu Chiaha, suspected that the police may have compromised over the case, based on revelation by his client that the investigators were soliciting for amicable settlement and payment of N300,000, which he alleged police will take N200,000. Based on this, Chiaha then transferred the case to National Agency for the Prohibition of Trafficking in Persons, NAPTIP, which has commenced fresh investigation.

However, in her reaction, the alleged major suspect, Mrs. Adeleke, told Vanguard that ”the two girls volunteered to donate their eggs to the hospital, after listening to my phone conversation with a doctor and, in return, they were compensated with N100,000, of which Favour gave me N20,000 for introducing them to the hospital.”

When contacted, Lagos State Police spokesman, David Hundeyin, said; “It was not organ harvesters, the operation was carried out by a professional doctor and the process was legal. All documents were signed and the girls stated in the document that they were above 18 years. The doctor told them about the consequences of feeling pain for two days, after and they accepted and donated their organs. Unfortunately, they did not inform their father about it and the father is requesting for a N200 million as compensation.”

In their reaction, an official of NAPTIP who pleaded not to be quoted told Vanguard; “I am not aware of the case. I will ask our people.”

We didn’t Check: Couple In Tears After Wedding…

Soludo Calls For Digitization Of Anambra Laws To…