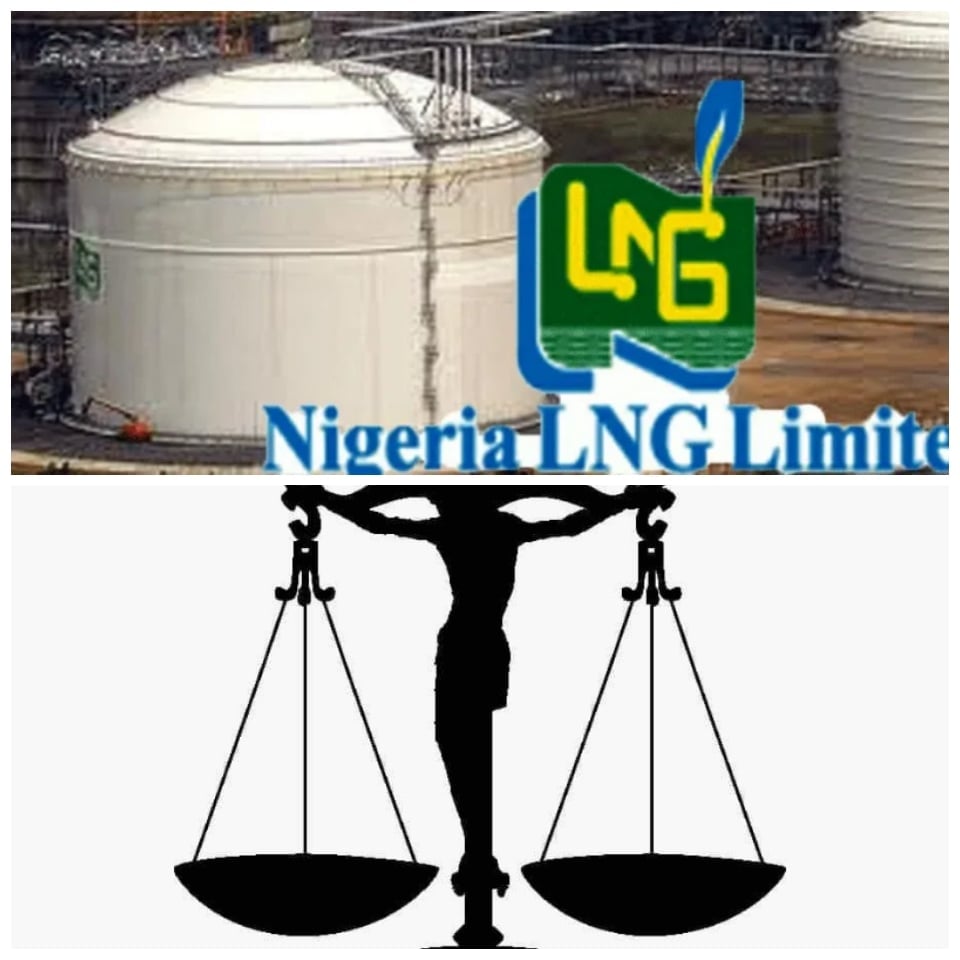 A Port Harcourt High Court Monday, December 19, 2022 slammed N200,000 against the Nigeria Liquefied Natural Gas (NLNG) for wasting the court’s time in a case filed by one of its contractors, Macobarb International Limited.
Macobarb with its CEO, Shedrack Ogboru, had dragged the NLNG to court over a contract gone sour, asking for over N1Bn for allegedly breaching terms of the contract and using same breaches to cancel the contract.
NLNG had raised preliminary objections on two grounds of the case being status barred and that the CEO was not a proper party.
But the judge, Hon. Justice C Nwogu of State High Court 18, ruled on Monday December 19, 2022, that the NLNG wasted the court’s time by filing those objections.
The judge said the case was clearly filed within time in 2019 despite it being initially struck out. The court also ruled that the CEO, Shedrack Ogboru, was a proper person to be part of the case, being an injured party. The court slammed the N200,000 award on the NLNG, saying citizens have the right under Nigerian laws to press for claims if they felt aggrieved and injured.
Crux of the matter:
Macobarb International Limited, a local contractor, dragged the NLNG to court claiming over N1Bn for alleged breaches to a contract (B130142PPI, Access Control) in the NLNG plant area with three years duration. The suit said the contract provided that Macobarb be paid bit by bit progressively based on the value of verified work done.
Macobarb in its claims said the contract also forbade delay of any kind in the project and provided for penalty on whoever caused the delay. It also provided for alert system should anything want to cause a delay. Macobarb said it activated the alert clauses when payment delays began to happen but that nothing was done to rectify the delays until the contract was terminated.
Motion on Notice to dismiss the suit:
The NLNG’s filed a ‘Motion on Notice’ asking the court to strike out the case. They sought an order dismissing the suit in its entirety, alleging incompetence and want of jurisdiction.
It argued that the court did not have jurisdiction to entertain the suit, claiming that the suit was status-barred (filed outside time limit) since the incident that warranted the case took place over five years (November 27, 2015) before the commencement of the action in court.
Macobarb countered NLNG Motion:
Macobarb countered that they filed the matter in 2018, but that it was struck out in 2021 for want of due diligence, that the deficiencies have been rectified.
They quoted several Supreme Court rulings to support their counters.
Macobarb urged the court to dismiss the application of NLNG seeking to strike out the case, and the court agreed.
Counsels to the NLNG declined comments after the ruling but A.K. Anyanwu, one of the counsels from Morrison Uzoma, said the court looked at the arguments properly and gave the right ruling.
Reacting, the embattled CEO of Macobarb, Ogboru, said the judiciary has saved one more citizen by ruling that the case was not status-barred and that he as an injured party who sureties the loans taken to prosecute the project was a proper party to be in the case.
Correspondent  ANITA OGONA reports that NLNG Lawyers where absent in court for the ruling