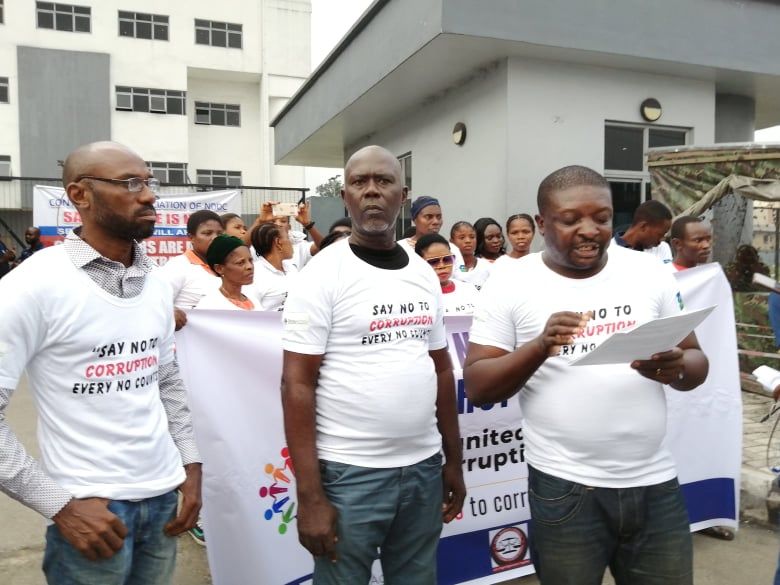 The world today faces some of its greatest challenges in many generations. Challenges which threaten prosperity and stability for people across the globe. The plague of corruption is intertwined in most of them. Corruption has negative impacts on every aspect of society and is profoundly disheveled with conflict and instability jeopardizing social and economic development and undermining democratic institutions and the rule of law.
Corruption not only follows conflict but is also frequently one of its root causes. It fuels conflict and inhibits peace processes by undermining the rule of law, worsening poverty, facilitating the illicit use of resources, and providing financing for armed conflict. Preventing corruption, promoting transparency and strengthening institutions is crucial if the targets foreseen in the Sustainable Development Goals are to be met.
The 2022 International Anti-Corruption Day (IACD) seeks to highlight the crucial link between anti-corruption and peace, security, and development. At its core is the notion that tackling this crime is the right and responsibility of everyone, and that only through cooperation and the involvement of each and every person and institution can we overcome the negative impact of this crime. States, government officials, civil servants, law enforcement officers, media representatives, the private sector, civil society, academia, the public and youth alike all have a role to play in uniting the world against corruption especially in the Niger Delta Development Commission which, since established has become a cesspool of corruption and money laundry by those who were placed in charge of the people’s resources meant for collective interest and development.
Corruption is a complex social, political and economic phenomenon that affects all countries. It undermines democratic institutions, slows economic development and contributes to governmental instability.
Corruption attacks the foundation of democratic institutions by distorting electoral processes, perverting the rule of law and creating bureaucratic quagmires whose only reason for existing is the soliciting of bribes. Economic development is stunted because foreign direct investment is discouraged and small businesses within the country often find it impossible to overcome the “start-up costs” required because of corruption.
Our Demands are as follows,
1. Federal Government should implement policies geared at reducing corruption and corrupt practices to the barest minimum thereby increasing service delivery in public service agencies like the NDDC
2. Strengthen requisite institution to perform oversight functions without bias and ensure retribution for offenders
3.Employ capable hands to manage the resources of NDDC Comrade Green Isaac, Project officer, Social Action

By Rivers and Anti-Corruption Network

To Determine Who Gets What, Mobilize For 2023…

How IGBO Language Is Gradually Dying…