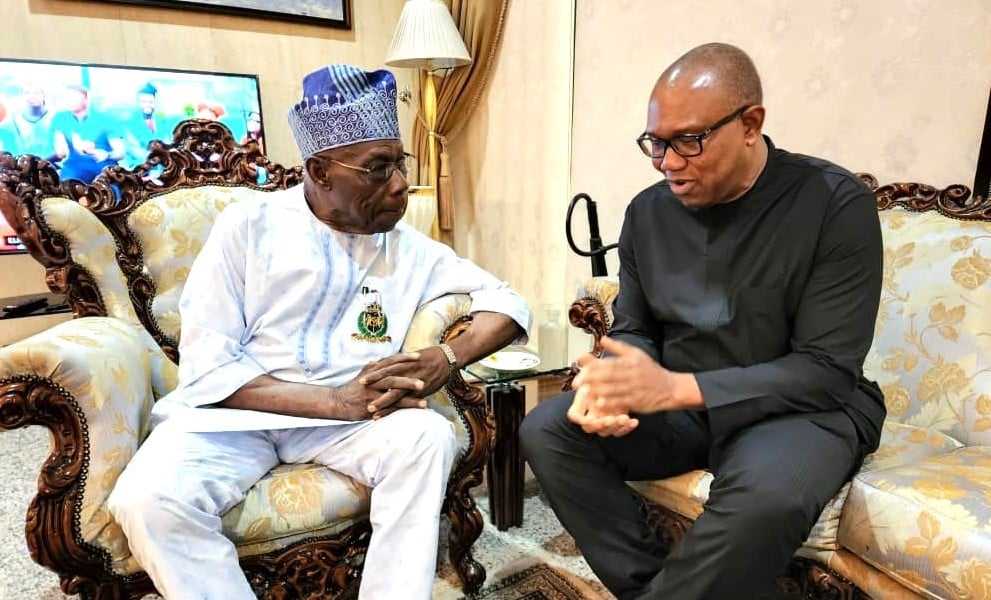 Former President, Chief Olusegun Obasanjo, has explained why he won’t join the campaign train of the presidential candidate of the Labour Party (LP), Peter Obi. Obasanjo, in his New Year message to Nigerians, entitled: “My appeal to all Nigerians particularly young Nigerians,” pledged his support for Obi.

The former president, who spoke yesterday, at a virtual engagement organised by Africa Leadership Group with theme: ‘Leadership and nation-building,’ stated that he had no regrets about leading Nigeria.

He outlined that character, attributes, attitude, skills, and most importantly, fear of God are needed for leadership .He said: “Nigeria is where we are because of leadership.

“We must decisively look for men and women who have the character, attributes, skill and attitude that we need for leadership, that will deliver in this country.”Speaking on why he won’t join Obi’s campaign train, Obasanjo noted that he has done his best by writing his endorsement plainly. Obasanjo said: “I am not in campaign train. I’ve used benefit of my experience and I’ve put plainly.

“I do not belong to any political party. I will not join any campaign train. I’ve said what is best for the country.”

3 Days After His Arrival To A New…