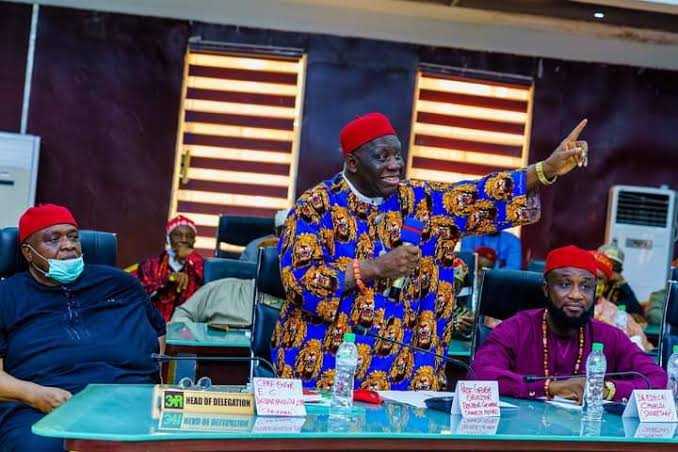 News of his death surfaced on social media yesterday morning that the President-General of Ohanaeze Ndigbo, Prof George Obiozor, was reported dead, though the development is yet to be confirmed.

While some of the close sources contacted claimed the news to be true, others chose not to comment.

It was however, confirmed that the 80 years old retired diplomat from Awo-Omanma in the Oru East Local Government Area of Imo State has been sick for a while and out of circulation.

One close source said: “You know he has been sick. On Saturday, the Publicity Secretary of Ohanaeze Ndigbo called to relay the instructions of the PG on the Simon Ekpa situation.

So, right now, I have no idea of the true position.

”Born on August 15, 1942, Prof. Obiozor CON was formerly the Nigerian Ambassador to the United States. He studied in Nigeria and the US, crowning it with a Ph.D. in International Affairs from Columbia University.