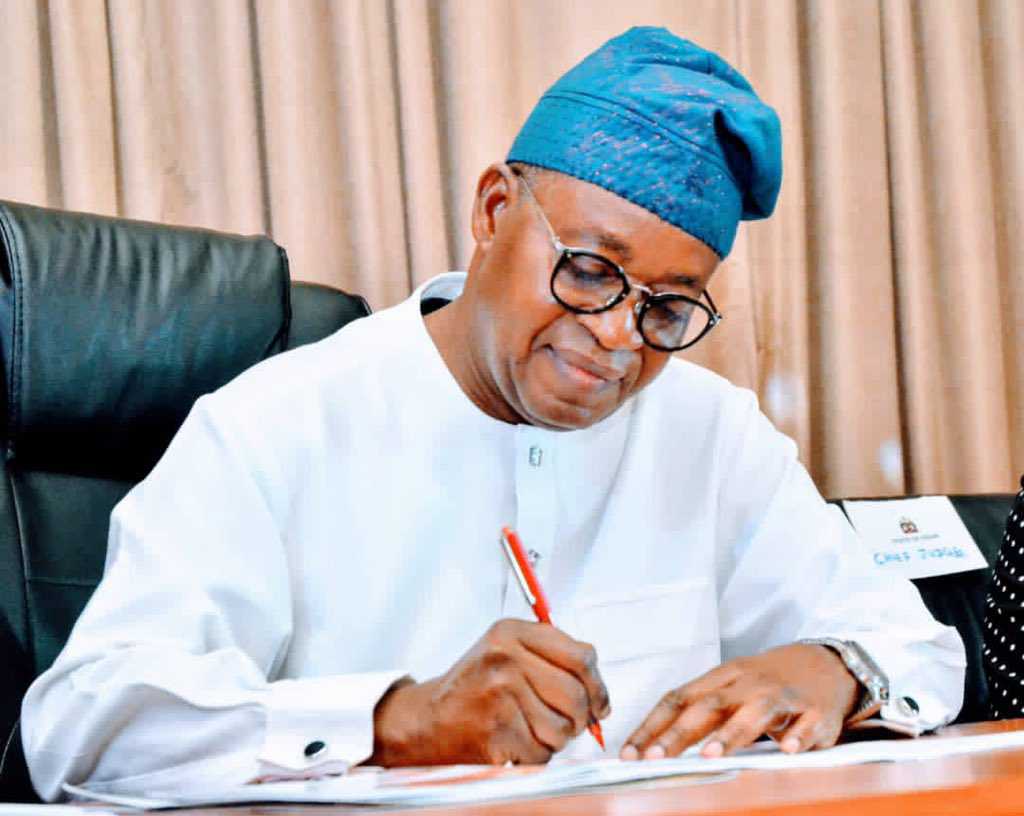 The Osun Governor, Adegboyega Oyetola, on Thursday night, signed the 2023 Appropriation Bill into law. The budget was passed into law by the House of Assembly on Wednesday. The 2023 budget estimate of N138 billion, is tagged: “Budget of Consolidation”.

Signing the Appropriation Bill into law in his office at Government Secretariat, Abere, Osogbo, Governor Oyetola announced that the 2022 budget as at the third quarter of this year had recorded 83 percent performance.

He noted that, with the passage and signing of the Appropriation Bill into law, the January-December budget cycle has come to stay.

See also  PREMIUM TIMES And Their Continuous Campaign Of Calumny Against Allen Onyema, His Business Must Stop!

Earlier, the Speaker of the House, Rt. Hon. Timothy Owoeye, commended the Governor of the State for making the January-December budget cycle a reality and putting Osun in an enviable state in the country as regards State budgeting.

“The January-December budget cycle is rightly put in place in the State of Osun. Our state is the first do so in the country. I congratulate my colleagues for being dutiful and upright.”

Be Prepared To Pay N50 Per Sachet Of…