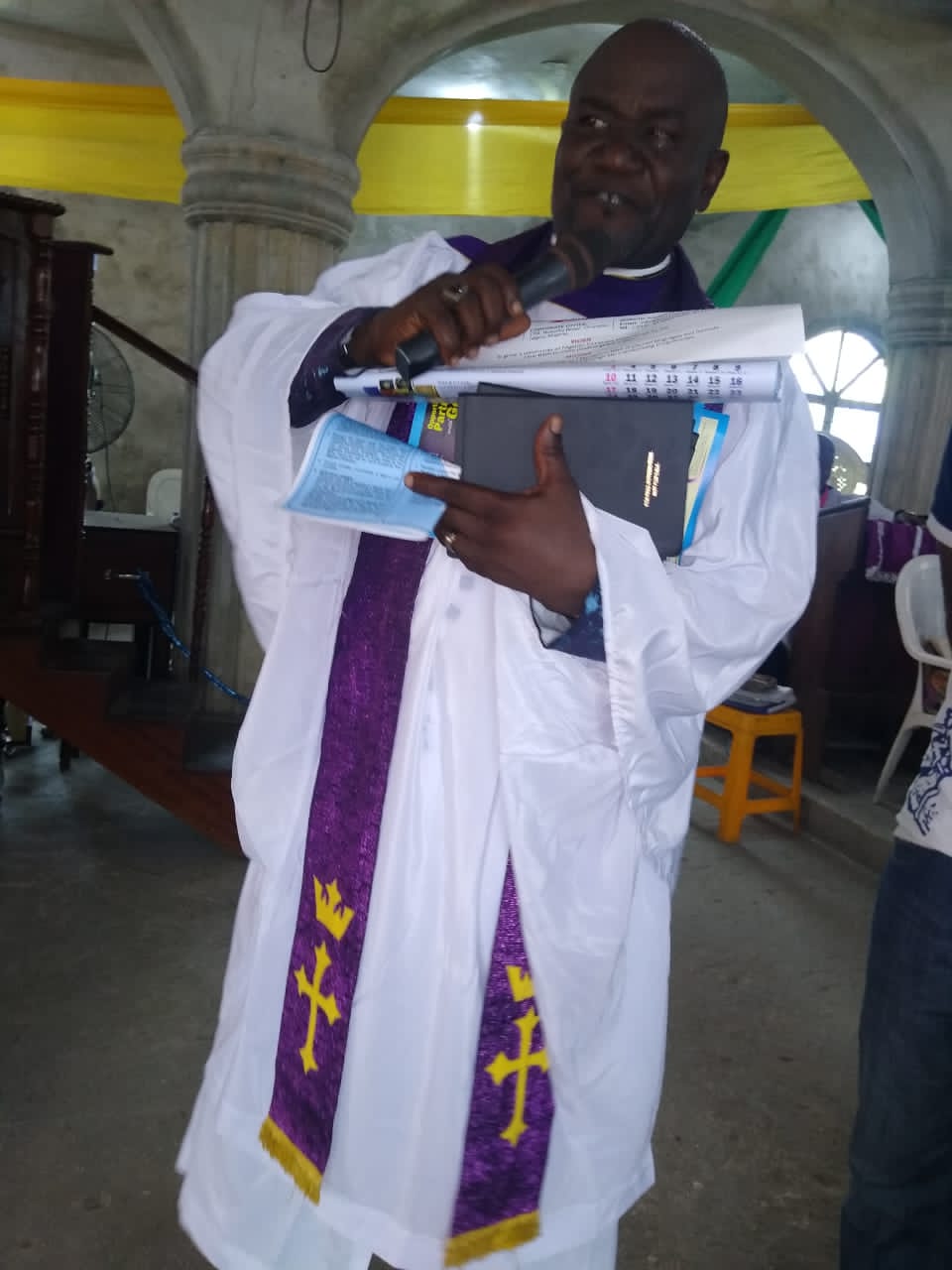 The Church of Christ has been called upon to see the Bible Society of Nigeria as an integral part to advance the kingdom of God on Earth.

This call was made last Sunday by the Chairman of the Bible Society of Nigeria Rivers/Bayelsa Area, Elder Omoni Ayo-Tamuno, BSN-SPM while addressing the members of the Saint Silas Christ Army Church of Nigeria, Ibuluya Ama in Okrika Local Government Area as part of the 2022 Bible Week Celebration.

Elder Ayo-Tanuno explained that the call became imperative and crucial in view of the near lack of interest and look warm attitude of some clergy men towards the Society.

The Chairman said the Society was established primarily to fill the gap of translating the Written Word of God from English to various Nigerian Languages.

He disclosed that the Society had so far translated 27 Nigerian languages out of the over 500 languages spoken into full Bible.

Elder Ayo-Tamuno further disclosed that of the 500 languages apart from the 27 fully translated, 63 New Testament languages have been translated, while 98 portions of the Scriptures in other Nigerian languages.

He said more than 13 translation projects are now on going in various Nigerian languages, adding that within the Area which include Bayelsa and Rivers States three translations are on going including Ogbia, Epie and Eleme.

The Chairman pointed out ” is therefore, very important and expedient for the Clergy to support the Society bearing in mind that no Clergy can function without the Word of God”.

He commended the Church for their support to the Okrika Auxiliary and stressed the need for members to registered as Special Members.

Later in his response, the Vicar in charge of the Church, the Venerable Lee Jen Akwabala thanked the Society for the visit and assured that he would upgrade his membership to the Special Membership Cadre.

Venerable Akwabala promised that four members of the Church would registered as Special Members and praised the Society for the gift of free New Testament Bibles, adding that the Bibles would assist in the missionary activities of the Church.

Soludo Calls For Digitization Of Anambra Laws To…