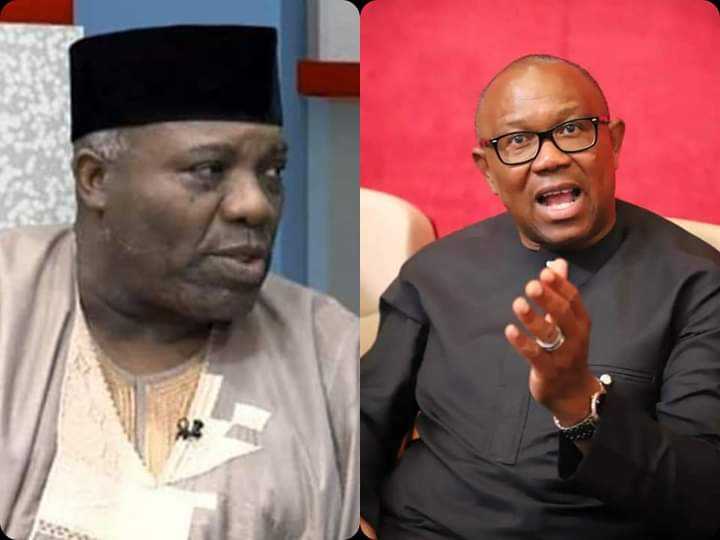 The Labour Party Presidential candidate, Mr Peter Obi, has said the conviction of his Campaign Organization’s Director-General, Dr. Doyin Okupe, over alleged money laundering would not break his resolve to be Nigeria’s President.

Obi said this during interaction with journalists in Uyo at the Nigeria Union of Journalists (NUJ), Akwa Ibom State Council Secretariat on Monday.

“I am hearing about it (the conviction) just like you. I am still studying what is coming out of the Court and everything. I believe in the rule of law. It is not going to demoralize me. “Today, when I arrived Akwa Ibom somebody asked me why I haven’t been using my aircraft because it has been grounded and all that, and I said to him that nothing demoralizes me.

“In my life, I have never stayed where they dropped me, otherwise, I would have been where they dropped me before. This election, if they like, let them do anything about people who are around me. I will get there,” Obi said. On the impression that he does not have political structure to win the presidential election, he said he was determined to dismantle the existing political structure in the country which encouraged corruption and spread poverty among Nigerians.

The LP presidential candidate added that his priority would be how to secure a United Nigeria and pull people out of poverty.

He that said if elected president of the country come 2023, he would work towards the realization of the Ibaka Deep Seaport in Akwa Ibom. He said, “my problem is how to create a future and make Nigeria a productive and not a consuming nation.”

Just In: Jubilations As INEC Extends…