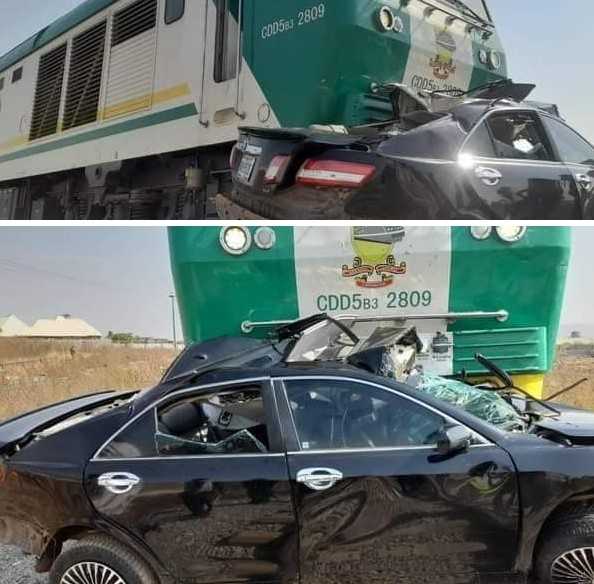 A train crushed a woman and her car as she tried to drive across the train tracks in the Kubwa area of Abuja on Thursday.

Meanwhile, an eyewitness, Olisa Ogbechie, alleged the police used force to chase people, who wanted to help away from the scene.

In an attempt to rescue the victim by first responders and also cover the incident, the policemen at the scene, on-board the train became hostile. ”I and a few others were brutally assaulted by the policemen as they hit and sprayed pepper spray in my eyes and two others, they pointed guns as they harassed us away from the scene,” he said.