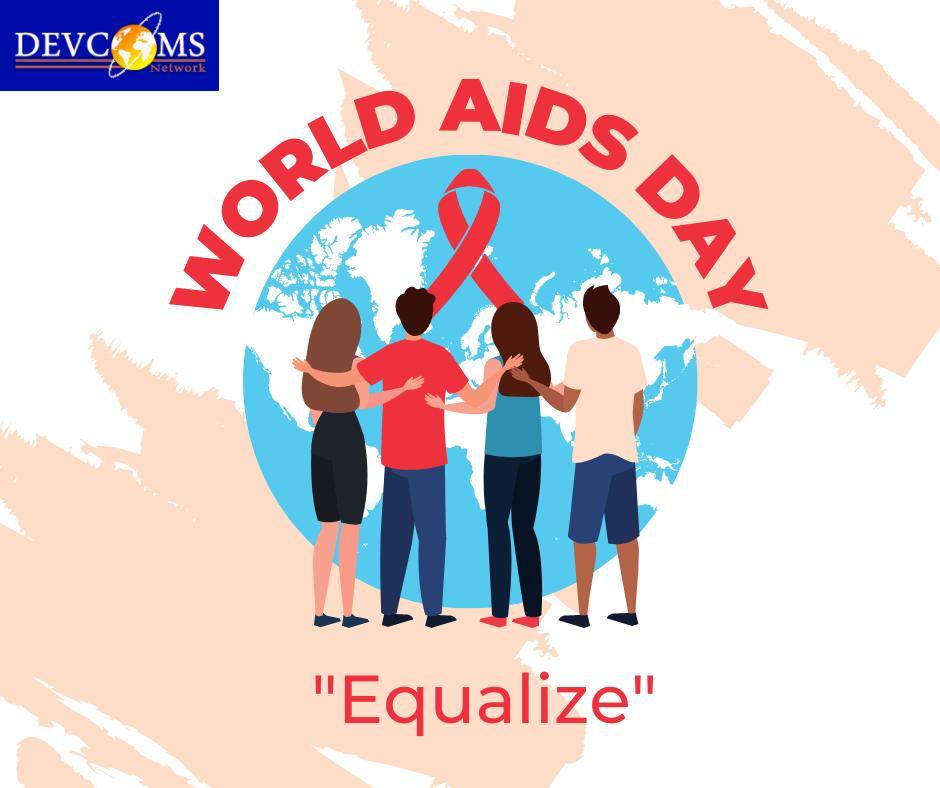 UN Reveals How Inequalities Are Obstructing Elimination/End of AIDS- DEVCOM

Celebrating World AIDS Day 2022 with the theme “equalize”, DEVCOMS explained that analysis by the United Nations reveals that inequalities are obstructing the end of AIDS.

In a press release issued by the organization, it said “Earlier this year UNAIDS stated that the AIDS response is in danger with rising new infections and continuing deaths in any part of the world. A new report shows that the underlying factor is inequalities. Also, the analysis by the UN (2022) reveals that inequalities are obstructing the end of AIDS and need urgent actions to get the AIDS response on the track.”

The organization however commended the decline of AIDS in Nigeria, saying “the Director General of Nigeria’s National agency for the control of AIDS (NACA), Gambo Aliyu earlier disclosed that new HIV infections gradually decline from, 103,404 in 2019 to 92,323 in 2021, which is an indication that Nigeria will meet the United Nations target of ending HIV/AIDS by 2030.”

Aliyu also confirmed that more persons have commenced treatment in the country.

In line with the director’s speech, UNAIDS Country Director, Leo Zekeng and Byanyima UNAIDS Executive Director, also called for equal access to HIV treatment services as well as addressing other barriers to ending the HIV/AIDS epidemic so that “The world will not be able to defeat AIDS while reinforcing patriarchy”.

In celebrating a world of Equal Access to treatment and prevention services”, the entire team of Development Communications Network and DevComs Radio wish to commemorate World AIDS Day with our esteemed listeners, “be an aid, and not a HIV-infected person.”

Development Communications (DevComs) Network) is Nigeria’s leading media development organization with more than two decades’ experience in science, public health and social sector advocacy through the media. DevComs won the first ONE Africa Award (2008) based on her innovative strategies in addressing maternal and child in Nigeria.

Chief of Army Staff Ordered To Remain In…