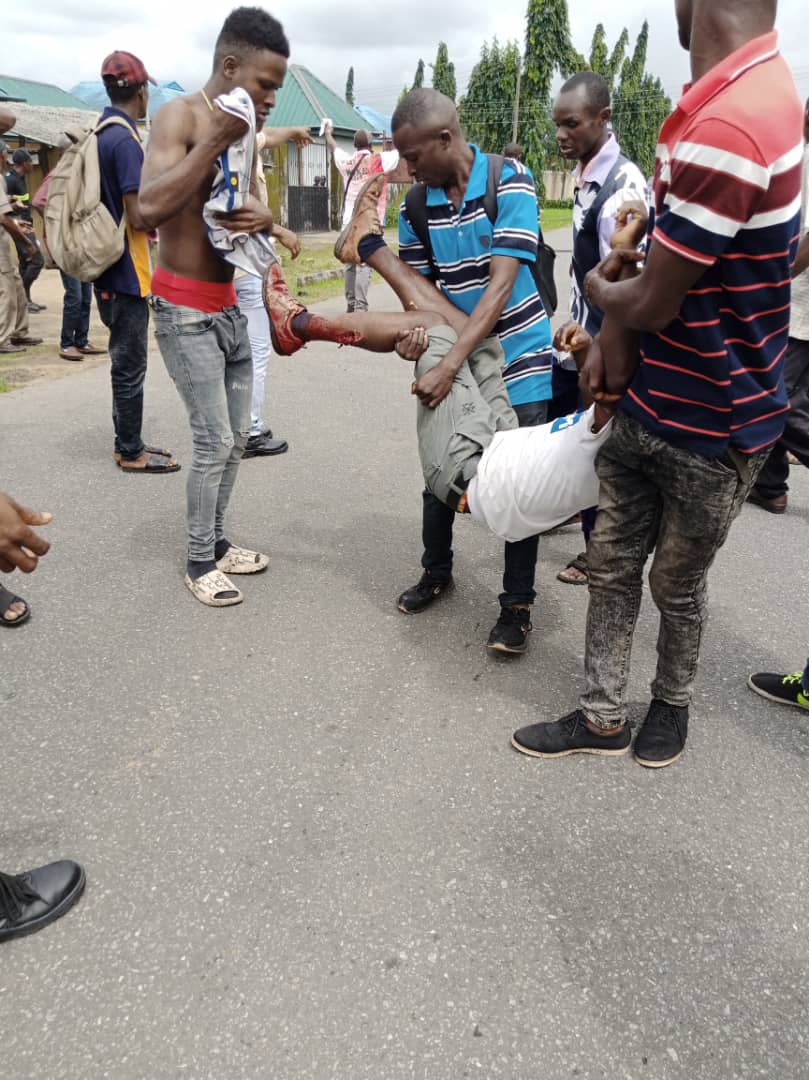 The police have shot dead three suspected members of the Indigenous People of Biafra (IPOB) and its armed affiliate Eastern Security Network (ESN) in a gun duel in a foiled attack on Agwa Police station in Oguta Local Government Area of Imo State.

However, the hoodlums succeeded in burning down Agwa Central Vigilante Group in the same council area.

“Sequel to the command’s determination to curb the menace of terrorism in the state, today 18/01/2023 at about 1130hrs, in response to a distress call that, hoodlums suspected to be members of the Proscribed Indigenous People of Biafra (IPOB) and its armed affiliate Eastern Security Network (ESN) had attacked Agwa Central Vigilante Group, burning down their office and are proceeding to attack and set ablaze Agwa Police Station both in Oguta LGA of Imo State, the combatant Command’s Tactical Teams swiftly mobilized to the area.

“Having been informed that the hoodlums had cordoned the station, the police operatives tactically maneuvered their way into the station joined the operatives of the division and professionally engaged the hoodlums in a fierce gun duel, and in the process three of the hoodlums were neutralized while others scampered for safety into the adjoining bushes with various degrees of gunshot wounds, abandoning three of their operational vehicles.”

He said efforts were been made to arrest the fleeing members of the terrorist group, while the corpses have been evacuated and deposited in the mortuary. (The Nation)