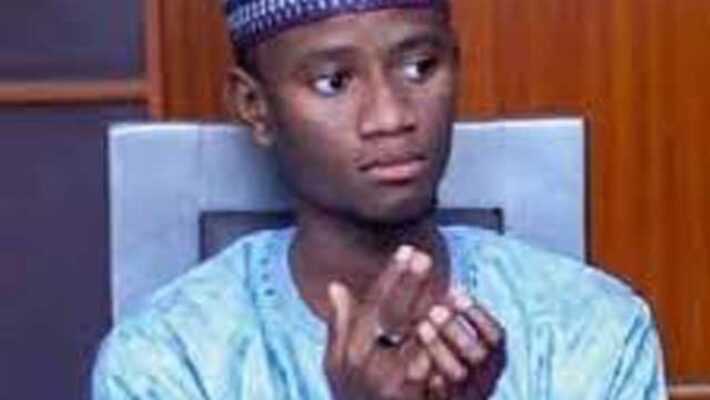 It was gathered that the 24-year-old was remanded after his arraignment at the FCT High Court on Tuesday.

The charge read, “That you, Aminu Adamu, of Anguwar Sarakuna, Bauchi, Bauchi State, sometime between May and June 2022 within the jurisdiction of this honourable court, did intentionally open a Twitter handle with the name @aminullahie Catalyst and screenshot the image of Her Excellency, Hajia Aisha Buhari, and wrote on it in Hausa language ‘Su mama anchi kudi talakawa ankoshi’ roughly translated to English language to mean ‘Mama has embezzled monies meant for the poor to satisfaction’ and posted same on your above Twitterhandle for the members of the public to read, knowing same to be false and capable of affecting her reputation. You thereby committed an offence punishable under Section 391 of the Penal Code. ”The British Broadcasting Corporation, Hausa Service, on Wednesday, reported that Aminu’s lawyer, CK Agu, said since November 25, 2022, he had demanded bail for the student without any result.

The lawyer stated, ‘’Even during yesterday’s court sitting, we told the judge that we requested his release from the police on bail but they did not respond whether they will release him or not.

“Based on this, we applied to the court for his bail on health grounds and because he is about to write his exams on December 5. The court ordered the security agents to release him on the exigency applied for to hear the application today or next.”

Aminu’s parents had told the BBC that their son would be taken to court on Wednesday before his lawyer confirmed that the sitting commenced on Tuesday. When Aminu’s lawyer was asked about his whereabouts, he said he was detained at the Suleja Custodial Centre pending the hearing on his bail application. The arrest of the Federal University Dutse, Jigawa State’s student generated debate, especially on social media, where many alleged that his arrest and detention were illegal.