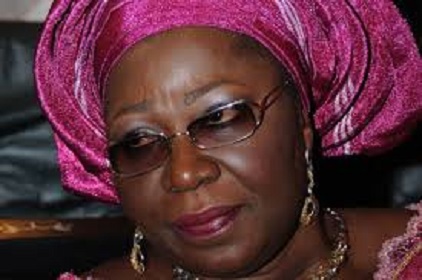 Angry youths have taken to the streets of Akon-Itam community in Itu Local Government Area of Akwa Ibom state to protest the killing of a couple along the Calabar-Itu Highway by a convoy of the Senator representing Eket Senatorial District (Akwa Ibom South), Mrs. Akon Iyakenyi.

The incident reportedly happened when the convoy was returning to Uyo, the state capital from political campaign. Senator Iyakenyi, is the Peoples Democratic Party (PDP) deputy governorship candidate to Pastor Umo Eno, the party’s flag-bearer in the 2023 polls. One of the youths, who witnessed the incident, Comrade Utibe Inyang, told journalists that the convoy rammed into the couple on a motorcycle, while trying to navigate the busy highway connecting the neighboring Calabar, Cross River state with Akwa Ibom State.

He maintained that what exacerbated the anger of the people stemmed from the poor handling of the compensation package of a paltry N2 million the Senator gave to the family to quell the case.“The husband and wife killed by her convoy died and left behind three young children, so the pains we are still feeling now is because of the disdainful attitude demonstrated by the deputy governorship candidate without considering how these young orphans would be trained and developed without their parents,” he said.

Sources said some officials of the Federal Road Safety Corps (FRSC), called to manage traffic at the scene were injured and their patrol vehicle damaged by the aggrieved residents.

The Corps Commander in the state, Mathew Olonisaye said: “Only our vehicle was vandalized,” adding that the situation had been brought under control and normalcy returned.

On the incident, the Commissioner of Police (CP), Mr. Olatoye Durosinmi, said calm has returned following fruitful negotiation, saying for the timely intervention, the youths were on the verge of torching some vehicles in the convoy.

Pastor Stripped Naked, Paraded On The Street After…