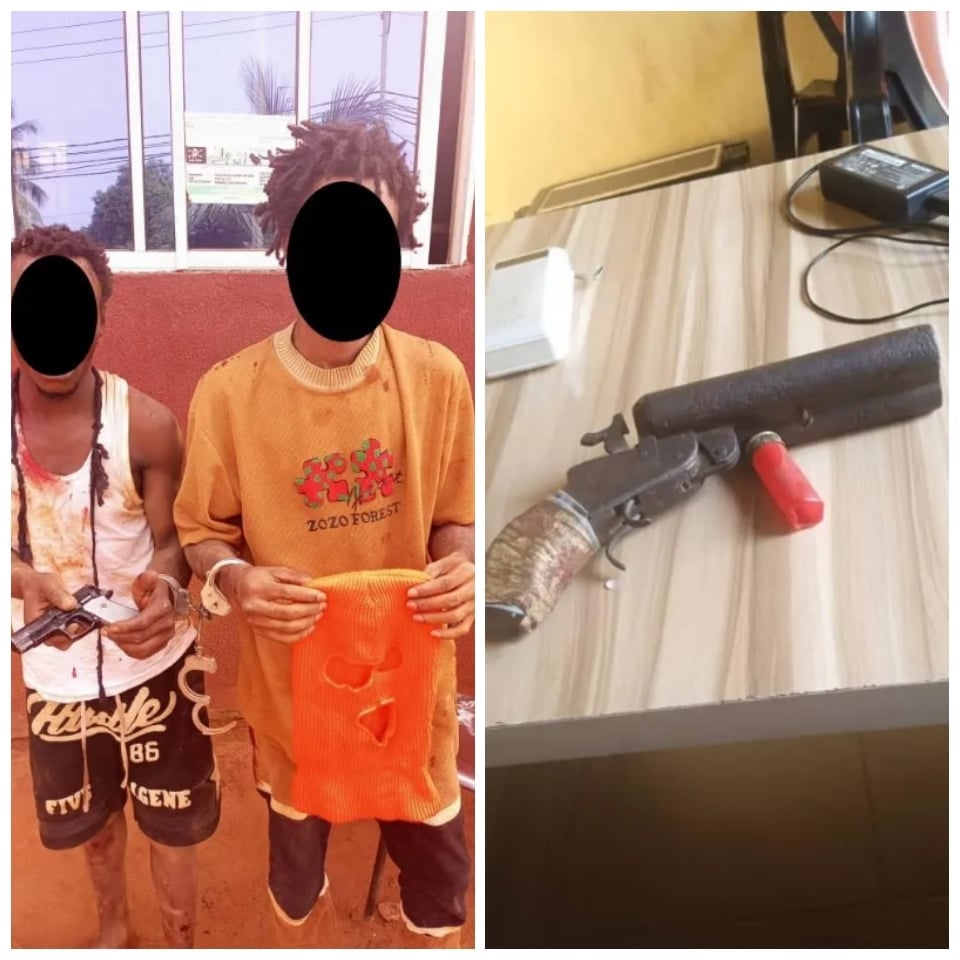 In relentless efforts of the Command Operatives to take the battle to the door-step of the criminal elements who are bent on fomenting trouble and acts meant to cause tension in the state, burst three notorious cultists, recover two locally made pistols, one ladies machine, one expanded cartridge, charms, face mask and substance suspected to be hard drugs.

On 11/1/2023 by 5 am, Police operatives acting on credible intelligence burst into a criminal hideout in Nkpor Idemili North LGA. The suspects, Caleb Nwankwo ‘m’ aged 22year, Katchi Nwolisa ‘m’ aged 23years, and Okechukwu Freedom ‘m’ aged unknown, sighting the police, and in an attempt to escape the scene, started shooting indiscriminately. The police engaged the armed hoodlums in a gun duel, demobilize Okechukwu, and arrested the two others with gunshot wounds.

They all confessed to be members of Viking Confraternity and identified the late Okechukwu as their leader. The suspect also has been involved in the cult-related killings in Nkpor, Obosi, and was actively involved in the cult attack that led to the murder of Chimeile Udemba on 1/12/2022 and Ikenna Nwagbulu on 14/12/2022 all in Obosi.

In another development, the Operatives responding to distress calls on 11/1/2023 by 10:30 am along little hood estate, Obosi recovered one locally made pistol, one expanded cartridge, and one ladies’ motorcycle. The suspects, sighting the police operatives abandon the recovered exhibits and took to their heels. Efforts are in top gear to arrest the assailants.

Meanwhile, the Commissioner of Police, CP Echeng Echeng have ordered Area Commanders, Divisional Police Officers, and Commanders of Tactical/Operational Units/Formations to embark on aggressive crime-prevention and visibility patrols in their areas of responsibility. This plan shall enhance adequately already policing strategy put in place that is potently and dynamic to respond to any emergency, and security concerns and prevent untoward activities by criminal elements.