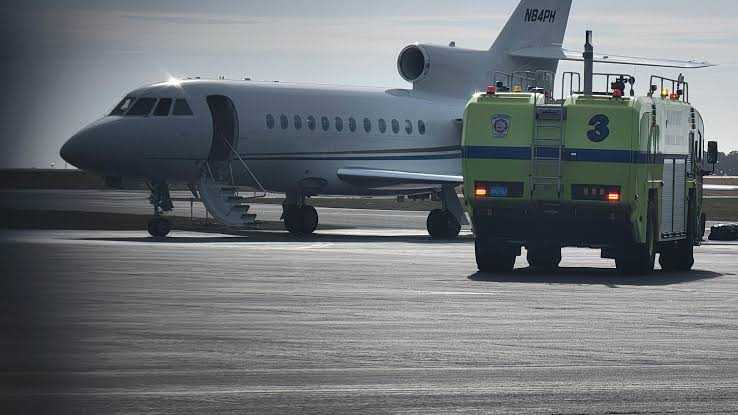 The Atiku Abubakar presidential campaign narrowly escaped tragedy when one of the three aircraft with which it went to campaign in Anambra State caught fire shortly before take-off at the Anambra State International Airport.

Though the incident happened on Thursday December 15, 2022, it came to public knowledge only this morning,

It said the incident happened at the conclusion of the PDP presidential rally held at the Ekwueme Square in Awka, the Anambra capital city. According to the report: “At the conclusion of the campaign rally, the PDP presidential candidate and the dignitaries who had joined the campaign train trooped to the Anambra Airport where three private jets were parked awaiting the arrival of the PDP campaign train.

“However, the third jet was not as successful.”

The third jet which had PDP heavyweights as occupants, among them former Cross River Governor, Senator Liyel Imoke, was said to have caught fire shortly before take-off. “The flight had to be aborted when the pilot noticed fire in one of the engines of the private jet,” a prominent member of the Atiku campaign team confided this morning, Monday, December 19.

The Airport Crash Tender (known in some countries as an airport fire appliance) immediately averted disaster by promptly putting off the fire.