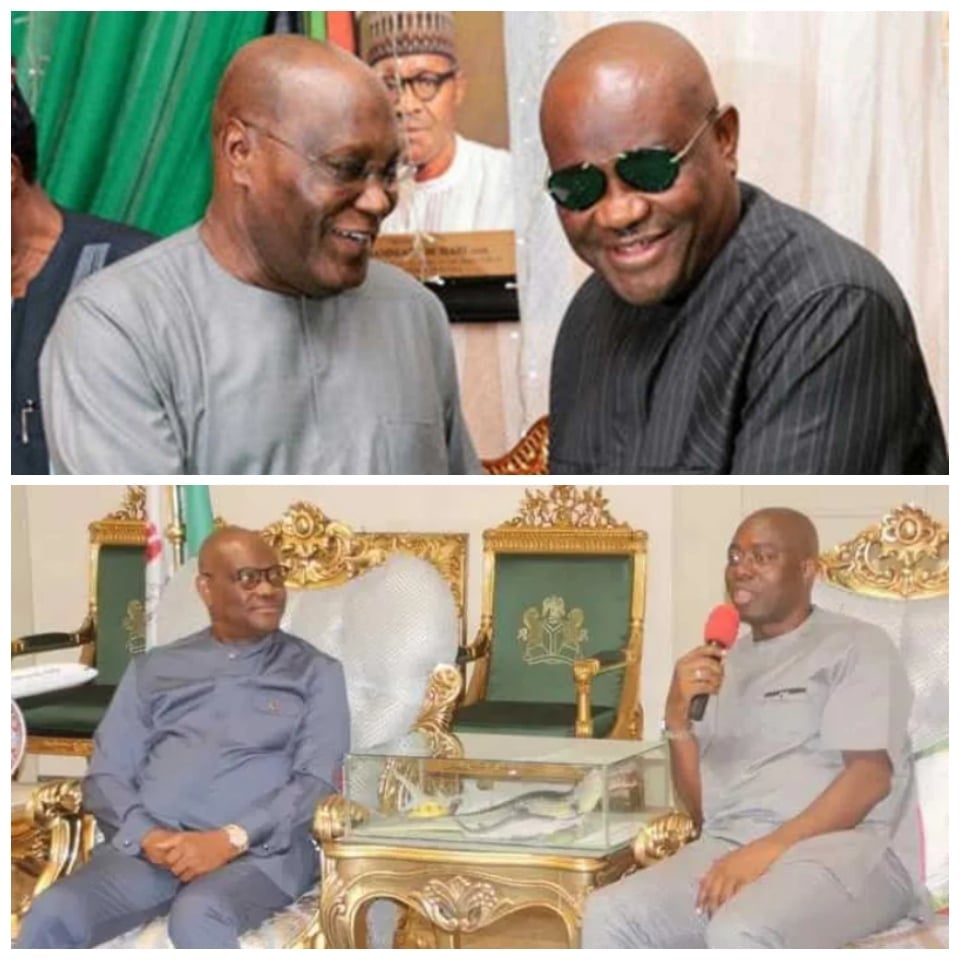 The Atiku Campaign has slammed Governor Nyesom Wike of overrating his importance saying that Nigerians are tired of his pompous attitude as it Thursday affirmed that the fate of the PDP candidate was in the hand of God and the people of Nigeria.

Dr Pedro Obaseki, director of research and strategy in the Atiku Campaign further rubbished the electoral worth of the Rivers State governor who he said could not produce more than half a million votes for the PDP in 2019 from his state.

Obaseki spoke in an AIT programme on Tuesday night monitored by

“Nigerians are tired and what I see is a Pompeian syndrome. When Emperor Pompey thought the whole of Rome was at its biggest they made him know and that is where we got the word pompous. I think Governor Wike may be having that,” the Atiku aide said in rebuffing Wike as pompous.

“It doesn’t pay him not to reconcile just as it is not paying us but it cannot be worse than it has been. We have gotten thus far without the support of Mr Nyesom Wike because God’s victory, the wind on our sail is God’s wind. I am an apostle of the Atiku gospel and there are multitudes in Nigeria. ”Noting that Wike diminished the electoral capacity of the PDP in Rivers State, Dr Obaseki observed that whereas the state gave the PDP presidential candidate 1.3 million votes in 2015, he observed that Wike as the sitting governor could only mobilize 450,000 votes in 2019. “Let him not overrate or over bloat himself,” Obaseki warned.

“No man is God. The fate of Atiku Abubakar is in the hands of God and the people of Nigeria not a bunch of five individuals who four of them are fighting to hold on to the reins of power that they will not be holding in another five months,” the Atiku aide in rebuffing the Wike group as being pompous.