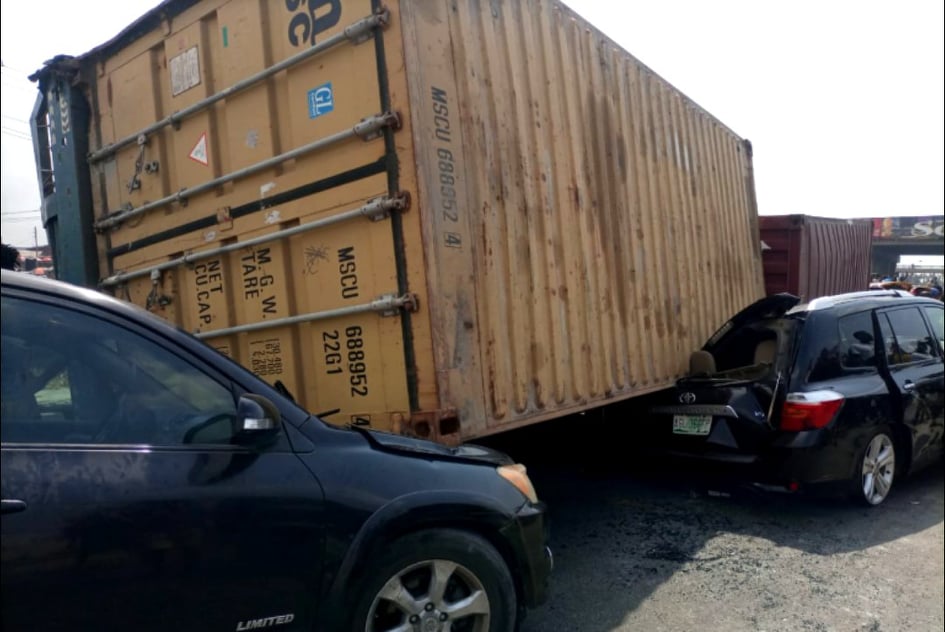 Tragedy struck at Cele bus top on the Oshodi Apapa expressway, Lagos, after a 40 feet container fell on three vehicles.

The driver of one of the vehicles: a commercial bus killed while passengers in the bus and those in the two other vehicles managed to escape

According to the state emergency management agency (LASEMA), the truck driver lost control due to a mechanical fault (brake failure) while at top speed, before ramming into the vehicles ahead of it. Permanent Secretary of LASEMA, Dr. Olufemi Oke-Osanyintolu confirmed that an adult male who was the bus driver lost his life to the incident while the injured victims comprising three males and one female were rushed to the hospital.

This paper gathered that the Response Team had to suspend recovery operations following the tense atmosphere as hoodlums were reportedly attacking people at the scene.

The LASEMA boss said the remains of the deceased have been bagged and handed over to the relatives while the agency has requested for police cover to manage the safety of its first responders.

Tension In Ihiala As Gunmen Sets Monarch And…