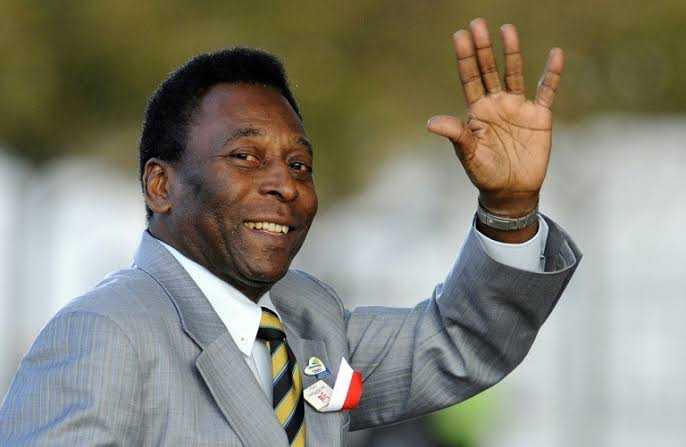 Brazil football legend Pele, one of the greatest players of all time, has died at the age of 82.

We gathered that Pele, who is the only player in history to win three World Cups, passed away at the Albert Einstein hospital in Sao Paulo following a battle with cancer.

The former striker, who is Brazil’s joint all-time top scorer with 77 goals in 92 matches, became an icon of the game after winning the World Cup in 1958 as a 17-year-old, netting twice in the final to defeat hosts Sweden.

A message from Pele’s official Twitter account on Thursday read: “Inspiration and love marked the journey of King Pelé, who peacefully passed away today. Love, love and love, forever

”Born October 23, 1940, in the southeastern city of Tres Coracoes, Edson Arantes do Nascimento — Pele’s real name — grew up selling peanuts on the street to help his impoverished family get by.His parents named him for famed American inventor Thomas Edison.

But he was soon given the nickname Pele, for his mispronunciation of Bile, the name of a goalkeeper at Vasco de Sao Lourenco, where his footballer father once played.

Pele dazzled from the age of 15, when he started playing professionally with Santos. He led the club to a flurry of titles, including back-to-back Intercontinental Cups, against Benfica in 1962 and AC Milan in 1963.
Known for his genius with the ball, he epitomized the sublime style of play called “samba football” in Brazil, where he was declared a “national treasure. 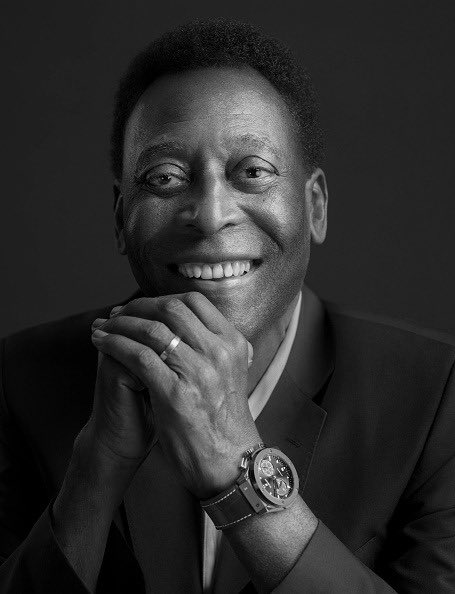 But beyond his records, he will be remembered for revolutionizing the sport, his ever-present number 10 on his back.The first global football star, he played a lead role in the game’s transformation into a sporting and commercial powerhouse, tapping his preternatural athleticism despite his relatively small size — 1.70 meters (just under five-foot-seven).He also played with heart, visible in the iconic black-and-white footage of the 17-year-old phenom bursting into tears after helping Brazil to its first World Cup title, in 1958.

Eight years earlier, seeing his father cry when Brazil lost the 1950 World Cup final at home to Uruguay, he had promised to bring the trophy home one day. Sports royalty

– Pele football career
Pele reached the pinnacle of his greatness at the 1970 World Cup in Mexico, the first broadcast in color, where he starred on what many consider the greatest team of all time, with talents such as Rivellino, Tostao and Jairzinho.

He was often welcomed like royalty when traveling abroad with Santos or the national team. Legend has it in 1969 his arrival in Nigeria was the occasion for a 48-hour truce in the bloody Biafra war.

Pele declined offers to play in Europe, but signed for a brief, lucrative swan song with the Cosmos at the end of his career, bringing his star power to the land of “soccer.”

His reign extended beyond the pitch, with gigs as a movie star, singer and later sports minister (1995-1998) — one of the first black cabinet members in Brazil.

But he faced criticism at times in Brazil for remaining quiet on social issues and racism, and for what some saw as his haughty, vain personality.

Unlike Argentine rebel Diego Maradona, his rival for the title of greatest of all time, Pele was seen as close to those in power — including Brazil’s 1964-1985 military regime.

He was hospitalized several times for urinary infections, then again in 2021 and 2022 for the colon cancer that marked the beginning of the end.

But he met his health problems with trademark humor.

“I will face this match with a smile on my face,” he posted on Instagram in September 2021, after surgery to remove his colon tumor.

He was deeply moved when Maradona, his longtime friend and rival, died of a heart attack in 2020 at age 60.

“The world has lost a legend,” he wrote.

“One day, I hope, we will play soccer together in the sky.”