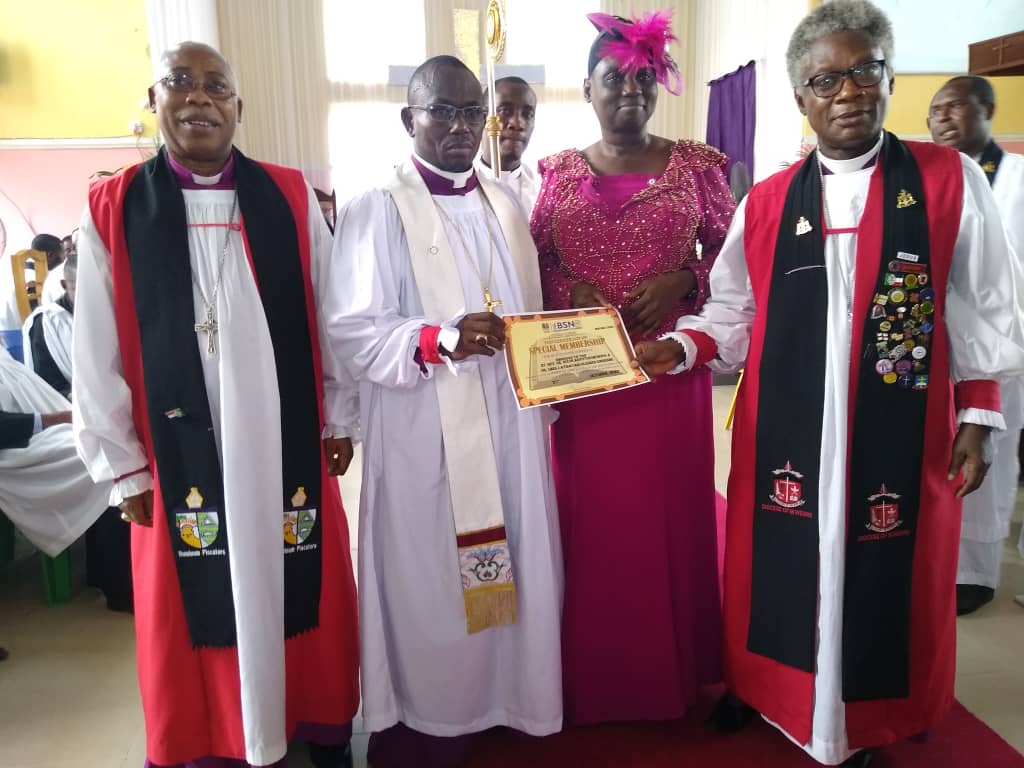 The Bible Society of Nigeria has reiterated its call to the Christian Community in Bayelsa State to support the Society to compliment the Kingdom Work in the State.
This call was made yesterday at Nembe by the Chairman of the Bible Society of Nigeria, Rivers/Bayelsa Area, Elder Omoni Ayo-Tamuno, BSN-SPM, while presenting Special Member Certificate to the Revd Dr Nixon Akpotunumubofa and Dr Mrs Ayibatari Blessed Enekeme during the Enthronement Service and Inauguration of the Ministry of the Rt Revd Enekeme as the Third Bishop of the Diocese of Niger Delta West at the Saint Luke Cathedral Nembe.

Elder Ayo-Tamuno said that the call became very necessary in view of the esteem low cooperation to the Society in the past 25 years.

The Chairman further said, “at present the Area is made up of Bayelsa and Rivers States, which according to him the work is 99.9 per cent in Rivers State and said is not good enough in spite of concreted efforts made”.

He expressed the hope that with the admission of the Bishop and his wife into the highest level of membership, the narratives of this unpleasant situation would improve for better.

Elder Ayo-Tamuno told the gathering of Who is Who in the Anglican Community in Bayelsa State and other top Christian leaders from sister denominations, the Society that at present the Society was in the process of completing the Ogbia and Epie Language Bibles whose New Testament was successfully launched in 2020.

The Chairman also said that the first language Bible translated in the old Rivers State, now Bayelsa and Rivers States was Nembe would be reviewed and called the people to cooperate to make it a reality, adding that the Kolukoma Language Bible Project had been approved by the Society.

Elder Ayo-Tamuno said, ” all these projects calls for the sincere cooperation of both the Church and the Traditional Institutions, saying that translation of Bibles to native languages is also to preserve our culture “.