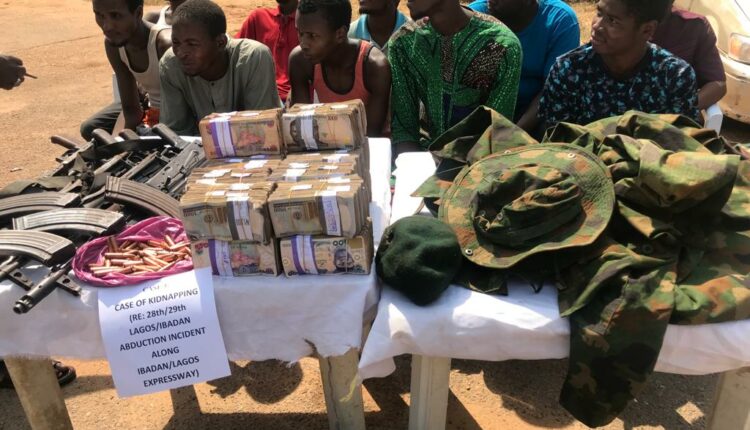 The kidnappers were paraded alongside other suspects at the state Police Command Headquarters Eleyele Ibadan with military camouflage.

However, an undisclosed sum of money, AK Rifles, and some other ammunition was caught with the suspects.