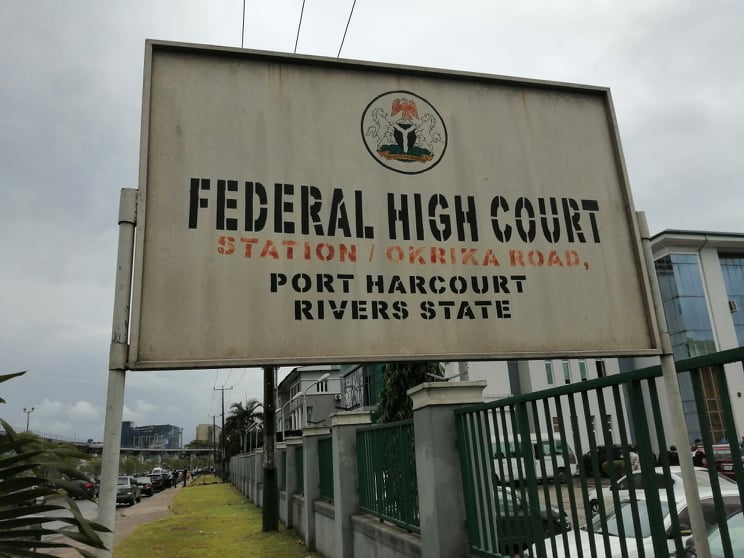 A  Federal High Court sitting in Port Harcourt has disqualified 16 Rivers State House of Assembly candidates of the All Progressives Congress, APC, ahead of the 2023 general elections. The court, however, upheld the candidacy of 16 state constituencies of the APC.

In a judgement delivered by Justice TURAKI MUHAMMED of the federal high Court it upheld that 16 constituency candidates and granted sixteen state assembly constituency of APC in a suit filled by Rivers state PDP against INEC for not monitoring the congresses of the APC state Congresses.

Justices Turaki in his judgement also said the state APC is not entitled to present all 32 candidates of the state assembly due to irregularities in the congresses, while PDP could not proof that the Congress of the other 16 state assembly candidates granted by the court.

The constituencies and their candidates disqualified are those of Andoni, Etche 1 and 2, Tai, Gokana, Eleme, Port Harcourt City 1, 2 and 3, Khana 1 and 2, Okrika, Ahoada West and Obio-Akpor 1 and 2 constituencies.

The presiding judge, Justice Turaki Muhammed in his judgment dismissed a preliminary objection by the APC, on the issue of jurisdiction and locus standi and also ruled that the suit was not status barred.

Justice Muhammed held that the PDP was able to prove to the court that the primaries of 16 APC state Assembly candidates were not monitored by Independent National Electoral Commission.

Speaking shortly after the judgment, counsel to the APC, Emenike Ebete and that of the candidates, Chimenem Jerome, vowed to appeal against the judgment of the High Court.

,,,,,,,,,The judgment came 24 hours after the Federal High court in Port Harcourt dismissed a similar suit by the APC against the PDP House of Assembly candidates where it ruled that the court lacks the jurisdiction to hear the suit

Why I Saved Money For Anambra State As…