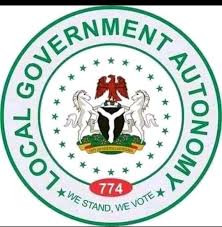 The Federal Government and the Nigerian Financial Intelligence Unit (NFIU) have won the case against the state governors over the financial autonomy from the Local Government joint account .

The Nigerian Governors Forum sued the FG and NFIU for interfering with state government powers to initiate transactions on Local Government Joint accounts citing provisions of the 1999 constitution.

The NFIU issued a guideline on money laundering risk and vulnerabilities advising all banks not to honour transactions from joint accounts.

It directed that the States/Local Governments Joint Accounts should use only for receiving funds and subsequently transferring them to Local government accounts only.

Immediately after the guidelines came into place, most local governments across the country stopped facing challenges in the payment of staff salaries.

While reacting to the judgement the Director/CEO of NFIU, Mr Modibbo Tukur said the judgement is good because the Federal government is always ready to protect both states and local governments by making funds available for their governance responsibility.

He stressed that funds can now be decided on by local councils which can be channeled to improve local security.

The CEO of NFIU stated that “from this judgement and from today all transactions on Local Government funds will be disclosed to ICPC and EFCC 100% and will be reported continuously”.