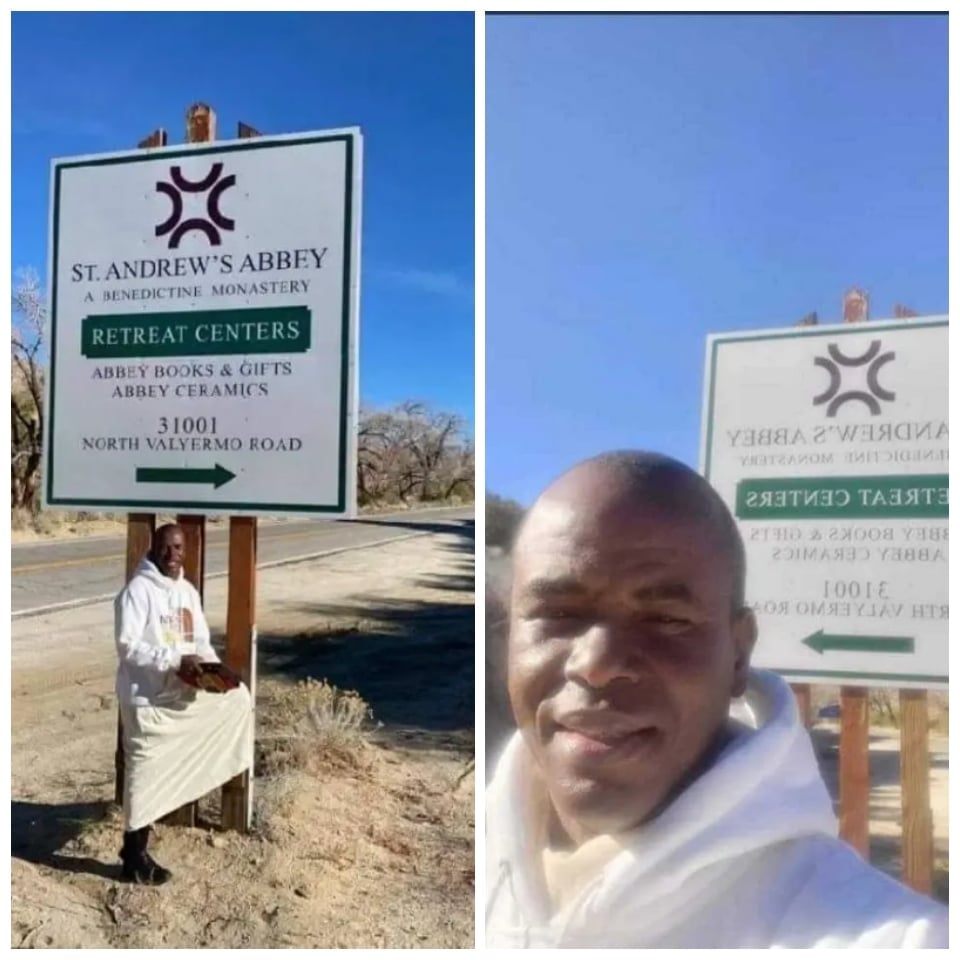 The spiritual director of the Adoration Ministry, Enugu, Ejike Mbaka, has shared a video of himself at the St Andrew’s Abbey, Monastery in Los Angeles, United States of America. in the video, Mbaka said, “Officially I have entered in to St St Andrew’s Abbey, Monastery in Los Angeles, Valyermo.”
Recall that Mbaka had been ordered to head to a monastery by the Catholic Bishop of Enugu Diocese, Most Rev Callistus Onaga, early October. Since his suspension, the cleric has only occasionally made major public appearances that the public might see on social media.

But since Mbaka’s arrival to the St. Andrew’s Abbey, Monastery in Los Angeles, California, a video of him has been going viral on social media Mbaka declared in the video. Numerous conflicting reactions to the video have been posted on social media, particularly from the cleric’s fans who are happy to hear from him again and see that he is doing well.