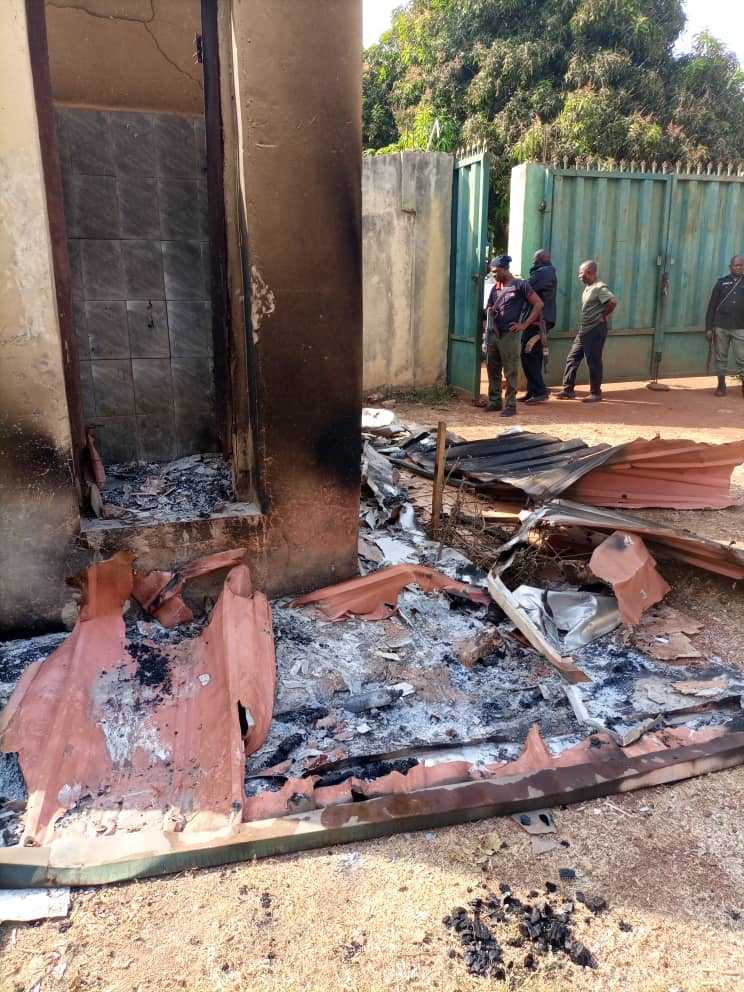 Of the two Policemen deployed to protect the facility, one of them lost his life while the other sustained injuries and is currently receiving treatment. Meanwhile, the commission had assured that the attacks won’t prevent it’s preparation for the 2023 general election. Reacting to the development, the Chairman of Enugu South Council Area of Enugu State, Barr. Chimezie Robinson Nkwuo, condemned the Sunday night attack while sympathizing with the victims of the incident. Barr. Nkwuo said the attack is ungodly and worrisome while calling for a halt of such inhumane activities by the perpetuators.

He urged the people not to panic but go out to collect their their Permanent Voters Cards, PVCs, while assuring them that an in depth investigation is underway.