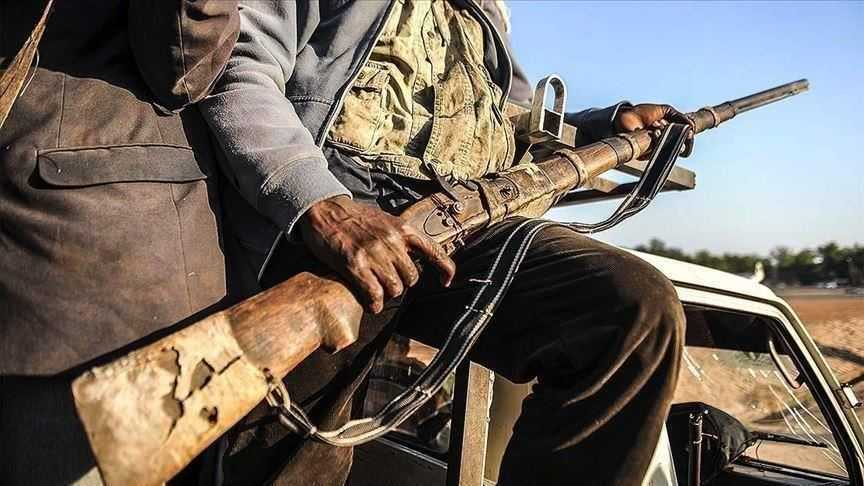 How Police Trailed Gang Of Kidnapers To A Hideout In Sangana Area Of Mile1 Diobu, 5 Killed In Gun Fire

Four suspected Kidnappers suspected to be members of Deygbam, one nicknamed  aka ‘Lover Boy’ and ‘2flexy’ and Sailors cult members respectively and two other members of the criminal gang, a vigilante personnel were reportedly gunned down in an exchange of fire in Porthacourt between Sunday, December 4 to Monday December 5,2022,we have learnt.

We gathered that security operatives including Octopus Strike Force Police unit last Sunday acting on credible intelligence trailed the suspected kidnappers who are believed to be on the wanted list of security agencies and double crossed them at the front of a new generation Church along Abacha road, GRA phase 2, Porthacourt.

An eyewitness who simply identified himself as Francis told our correspondent that the hoodlums on sighting the security operatives opened fire on them and the security personnel responded and in the gun battle exchange, two of the suspects were fatally wounded.

The incident, we learnt that caused heavy traffic gridlock in the area as commuters and motorists abandoned their vehicles and ran in different directions. The security operatives was said to have cordoned off the section of the road where the incident took place.

We further gathered that the Octopus Strike Force Police unit on a follow up mission went to the hideout of the criminals around Sangana axis of railway in Mile 1 Diobu were Police reportedly neutralized other two members of the Kidnap gang in exchange of gunfire.

Meanwhile the Rivers State Police command is yet to speak on the matter as the spokesperson, SP Grace Iringe Koko promised to get back to us when contacted but was yet to do so as at press time