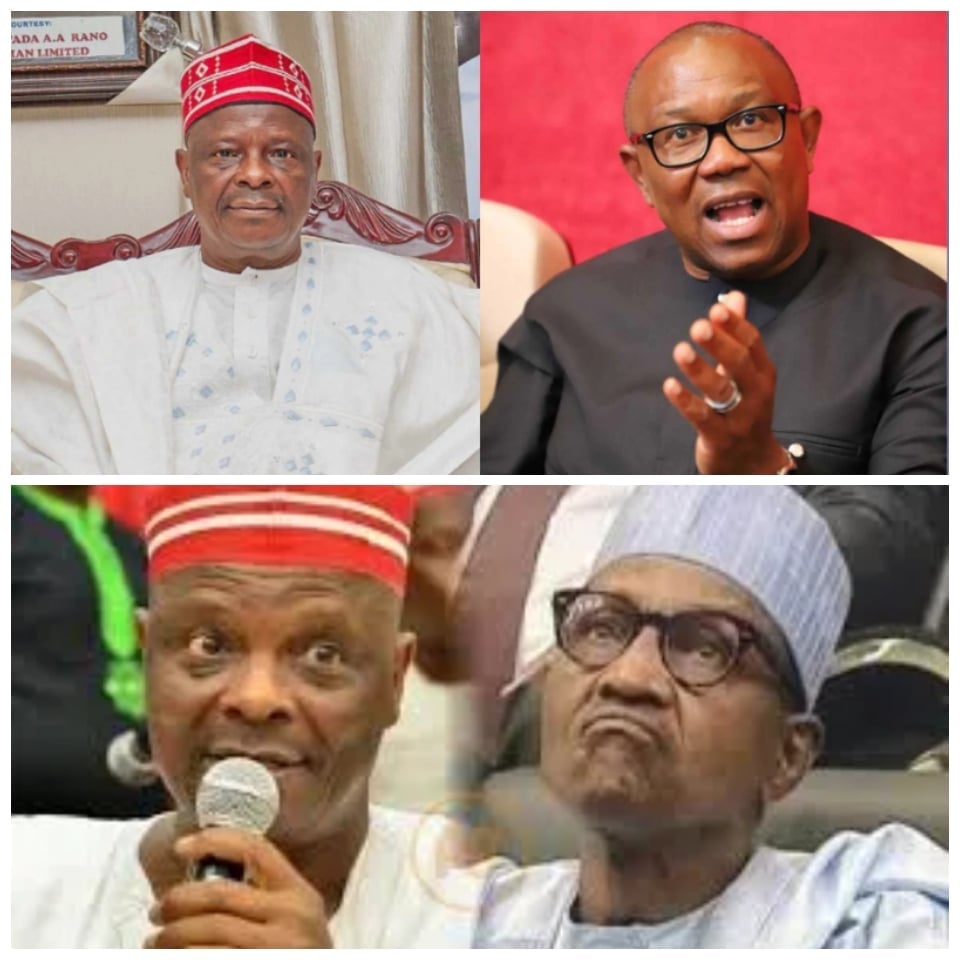 I Regret Inability To Form Alliance With Peter Obi – Kwankwaso

Kwankwaso expressed his regret when he spoke at a forum with the Nigerian Guild of Editors, NGE, and senior journalists in Lagos on Sunday.

Kwankwaso said if the alliance had worked there would not have been current contemplation that there might be a run-off presidential poll in 2023 because he and Obi would have won by a landslide. He said the alliance didn’t see the light of the day because of the insistence of the Labour Party team that power must return to the south. His words: “I thought the alliance would be good. If we had done that nobody will be talking about a second ballot in 2023. At our discussions the issue was who will be the presidential candidate and vice presidential candidate.

Both parties raised negotiation committees. Our team was led by Buba Galadima. The committees looked at age, educational qualification, office held and experience.

At the end the other committee did not want to go with this, they talked about power shifting to the South and to the South-East. Nigeria has gone beyond that, nobody can be president of Nigeria now based on ethnic and regional considerations.”

Another Presidential Candidate Also Gets Wike Promises Of Logistics Support…

Why APC Should Be Apologizing To Nigerians And…