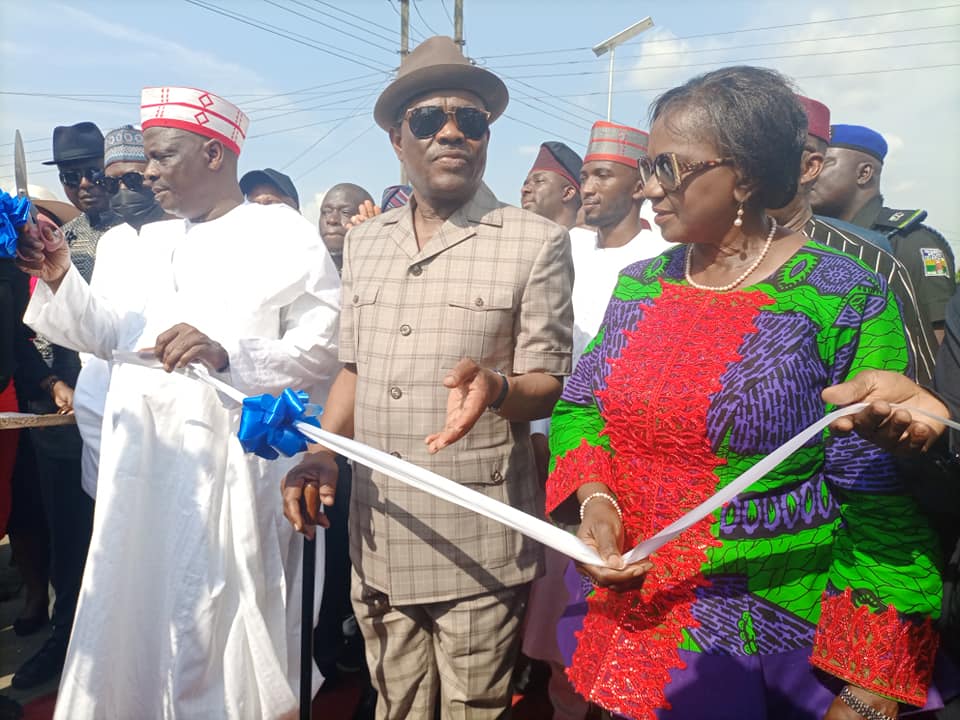 Rivers state Governor Nyesom Wike has promised to provide ‘logistics support’ for the campaign of the presidential candidate of the New Nigeria Peoples Party, NNPP, Rabiu Kwankwaso. Wike made the promise at the commissioning of the Mgbutanwo Internal Roads in Emohua Local Government Area of the state.

The Rivers governor, who had invited the NNPP presidential candidate, described Kwankwaso as a friend and a man of integrity.

Recall that Wike also pledged to support the presidential candidate of the Labour Party, Peter Obi, with logistics for his campaign, when Obi commissioned a Rivers state project last week. The governor similarly described Obi as a man that had all the characteristics to lead Nigeria.

Recall that The PDP, since may, has been rocked by crisis, with Wike and the G5 governors demanding the resignation of the national chairman of the party, Iyorchia Ayu.

however Wike stated that he was one of the few people that persuaded Kwankwaso, who was a former PDP member, not to leave the party because he knew he was an asset to the PDP, especially in Kano State.

He said, “I remember when I went to meet you in your house in Abuja to plead with you not to leave the party (PDP) because I knew you were an asset to the party. Even when they told me to leave you alone, I refused.

“I have known you and I know you are a man of integrity so I want to say that whenever you want to campaign in Rivers State, I will provide you with all your logistics, just let me know when you want to come. ”Meanwhile, Wike has said he has more projects to be commissioned in the state soon He boasted that the road construction flagged off June 2021 and that it was completed four months ago.

“I said I will  turn Emuoha around, have I not done it? I brought the best construction company in Nigeria to construct this road,” he said.

I Regret Inability To Form Alliance With Peter…