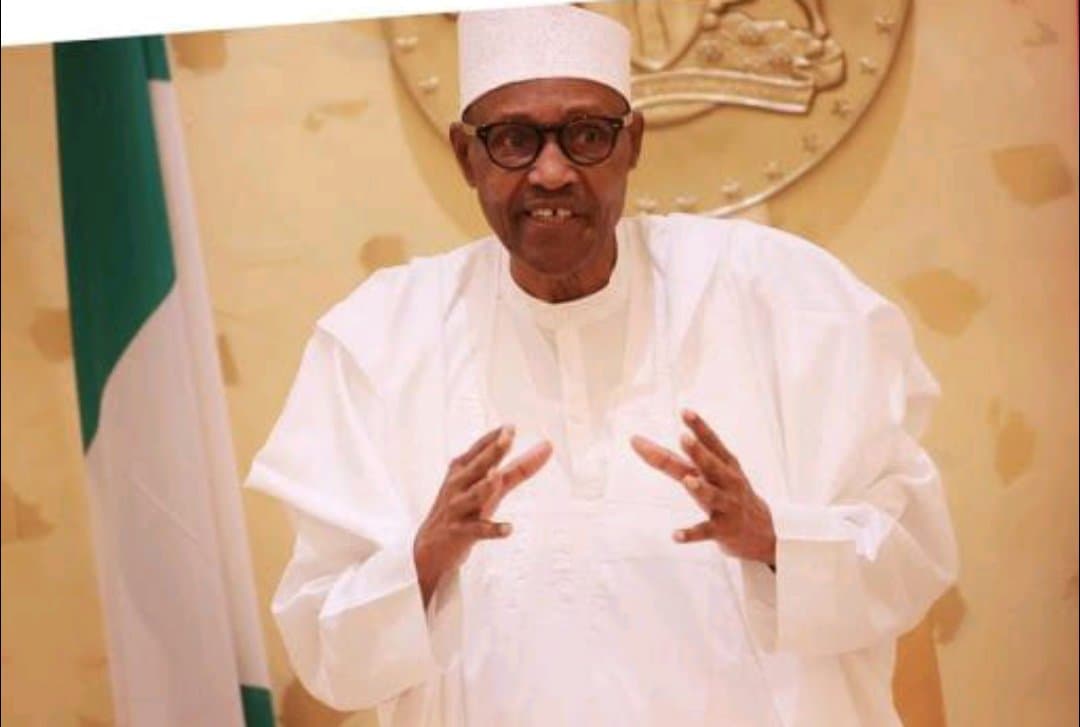 President Muhammadu Buhari, Friday night, described the claim that he was dead, and that one Jibril Aminu from Sudan was the one occupying the Presidential Villa, Aso Rock as a joke that was not funny.

Buhari spoke in a documentary film which premiered at a private dinner organised by his family and associates to celebrate his 80th birthday tagged ‘Celebrating a Patriot, a Leader, an Elder Statesman’.

The documentary, produced and directed by US based filmmaker, Ose Oyemadan, showcased the President’s early life, school days, military career, rise to the position of Head of State after the 1984 coup and imprisonment, release, PTF days and return to democracy during which he contested elections in 2003, 2007, 2011, 2015 when he won, and his re-election in 2019.

Buhari said some Nigerians have a way of creating humor to feast on something they do not understand, adding that the rumor that he was dead and one Jubril from Sudan was the one in the Presidential Villa was the work of some mischief makers to demonstrate their cheekiness.

Asked by the interviewer if he heard about the crazy rumor a while back that he was not Buhari, he replied, smiling, “Yes! People said I am somebody from Sudan. I didn’t bother with the name. Nigerians have mischievous ways of explaining themselves.”

Recall that in 2017, some persons, including leader of Indigenous People of Biafra, IPOB, Mazi Nnamdi Kanu, took to the social media space to declare that Buhari died from his undisclosed sickness, his burial arranged and effected in Saudi Arabia and a clone, Jubril Aminu (double body) stepped in to play his role and live his life as President of Nigeria.

It all sounded ludicrous that some highly educated and enlightened Nigerians fell for the narrative which was then brazenly driven by Kanu and elements in some quarters.

Also asked whether he finds such things funny, the President said: “No. It’ is not funny because those who made those statements, just want to be cheeky. They want to distract attention from the main issue.

“Our main issue is to do infrastructure, make people aware that they need to work hard to live well. They just want to enjoy life without earning the respect of their community and so on.”

He said he will not miss Aso Rock much because he is being harassed and that his efforts to make the country better are not good enough and appreciated by some people.

Asked what he will miss about the Presidency when he leaves, Buhari said: “I wonder if I am going to miss much. I think I’m being harassed. I believe I’m trying my best but still my best is not good enough. Because there are people around that think that they can intimidate me to get what they want instead of going through certain systems to earn whatever they want to earn. And there are some people who want to be clever by half.”

Buhari revealed that he lost two of his children born by his late wife to sickle cell anemia and that was why when he wanted to remarry, he insisted the second wife must be AA genotype, so that his children will not inherit the S from his AS genotype.

Osinbajo, while proposing a toast to the celebrant, described him as a forthright, good and kind man as well as an exemplary leader.

The VP noted that the President would make a very good entertainer in retirement because of his wackiest sense of humour.

He recalled how Buhari used jokes to calm him down and rescind his decision to submit a letter to the Economic and Financial Crime Commission (EFCC) to investigate allegations of corruption levelled against him.

“Mr President is a very humorous man and I think he would make a very good career in entertainment one way or the other when he retires”, Osinbajo stated.

“One day, I went to him because there were some allegations that were made against me.

“And I was so angry, so I went to him to show him the letter I had written to the EFCC to investigate. He looked at it and looked at me and because he calls me VP or Professor depending on his mood…

“This time he said, ‘VP, why do you worry yourself about all these people? These people just make all sorts of allegations, they make all sorts of stories up, even they are saying that I am about to get married again. And even some foolish people were waiting at the National Mosque, waiting for me to come and marry again.’”

He praised Buhari for leading the nation with great courage, determination and commitment.

Also eulogizing the President, former Governor Ibikunle Amosun of Ogun State described Buhari as a man with impeccable character, a nationalist, a good listener, a man who loves his family and the country, Nigeria.

Presidential candidate of the All Progressives Congress, Asiwaju Bola Tinubu, who also graced the occasion, thanked the President for sacrificing a lot for the progress of Nigeria.

He said: “You have been at the helm of the affairs of this country at a critical time.

“We have seen a life of commitment, dedication, patriotism and honesty. Mr President, you have done well for your country. Our nation has seen the difference, the leadership that you demonstrate.”

He likened Buhari to leaders like “Charles De Gaulle of France, Franklin Roosevelt of America and Winston Churchill of Great Britain.”

The APC flag bearer, who was in attendance with his running mate, Kashim Shettima, said: “The leadership you have demonstrated reminded me of the speech you gave at the primary election when you won the nomination. “You thanked the people with all humility and said even if you had the money, you would not have paid. But that is because they know who you are, a man of integrity, great commitment, transparency and exceptional humility.

“You will live long to enjoy a nice evening of democracy that you brought about.

“When you talk of PVC, card reader, transparency and honesty in the electoral process like you did, we can only promise not to let you down. Enjoy 80 till you celebrate other birthdays.”

The President’s eldest daughter, Fatima, who spoke on behalf of her siblings and the entire family, used the occasion to thank her father for investing in their future by giving them the needed training and care for their wellbeing.

There were goodwill messages from traditional rulers, who all eulogized Buhari as a man of integrity and a huge sense of humour.

Oba of Benin, Ewuare II, said the President has done a lot and the results will manifest much later after he must have left the scene.

He described him as a promoter of traditional institutions and for preventing the returned artefacts of the Benin Kingdom from being re-looted when he instructed that they must be handed to the traditional ruler directly.

Emir of Kazaure described the President as Mr Law and Order who once denied him the opportunity to be given a generator to make his job as the Secretary of the then-Petroleum Trust Fund, easier in order to avoid submitting reports late because he was using candlelight to work, because as he was not entitled to one according to the law.

The Ooni of Ife, Oba Adeyeye Enitan Ogunwusi; (Ìjájá II) also spoke about Buhari’s dedication and commitment to the growth of democracy.

The highlight of the event was when the Minister of Information and Culture, Lai Mohammed, led other members of the President’s cabinet to present a giant birthday card and cut the birthday cake as they rejoiced with him on his 80th birthday.