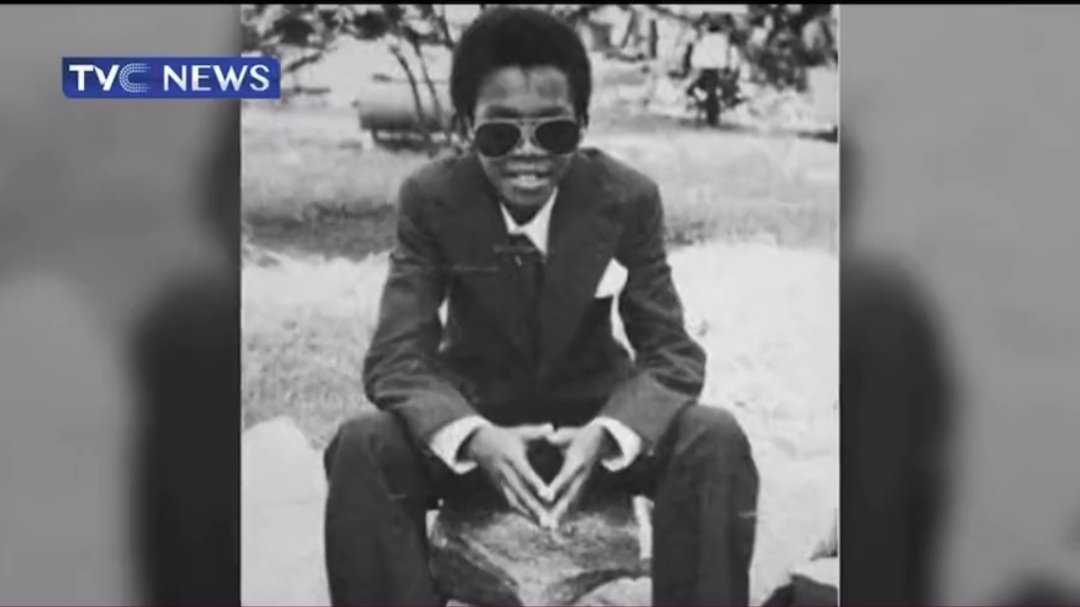 Identity Theft: Donald Duke Drags Tinubu For Stealing His Picture To Use As Younger Tinubu In Documentary

Bola Ahmed Tinubu, The presidential candidate of the ruling All Progressives Congress (APC), has come under heavy criticism for allegedly using the photo of former Cross River State governor, Donald Duke, for his documentary. It would be recalled that Television Continental (TVC) had some weeks ago ran a documentary titled ‘Bola Tinubu And His Political Journey’, which traced his roots and rise to political prominence.
The documentary showcased the life history and political journey of Tinubu and amongst the documentary was a particular monochrome photograph showing someone depicted as a young Tinubu in dark sunglasses, well suited, seated with his fingers during his years as a young boy. Reacting to the documentary video, Duke, while speaking at a roundtable hosted by the Front Fort Media Initiative and the MacArthur Foundation in Lagos, alleged that, “The picture of the boy used as Bola Tinubu in all the documentaries is me. I am the boy in the picture, not Tinubu as they claimed in their documentaries.”
“That photo was taken when I was 12 years old during my school years at the Federal Government College Sokoto, in Sokoto state.” Duke said. Reacting to the comment made by Donald Duke, Nigerians on Twitter slammed the former Lagos State governor for allegedly using another man’s childhood photograph in his life journey documentary. The presidential candidate of African Action Congress, ACC, Omoleye Sowere, while reacting, condemned the action saying: “This fraudulent @officialABAT, everything about this man is fraud, to the point that even his TV station @tvcnewsng can’t help but steal @Donald_Duke’s images. Eddieroctseady said: “If anything, this theft of Donald Duke’s childhood photo by the BAT camp proves without doubt that the entire identity & persona of Bola Ahmed Tinubu is a diabolical, low-down, rotten lie.” Oluchi tweeted: “This is Donald Duke, not Amoda Ogunlere Tinubu. This picture was put in Tinubu’s documentary claiming it was his childhood photo and he didn’t say anything about, but Donald Duke is claiming it. Another case of identity theft.” Sweet Soul said: ‘‘Thank God Donald Duke is alive to open their nyash, else this is how they would have stolen his child hood picture.”

@ChisomAdaora wrote: ”Literally everything… Who exactly is Bola Ahmed Tinubu??”

He Locked Us Up, Seized My…

FG Disowns Emefiele Over Plan To…

Get Korean Make Up Tutorials

Journalist Appeals To Men Who Sexually…