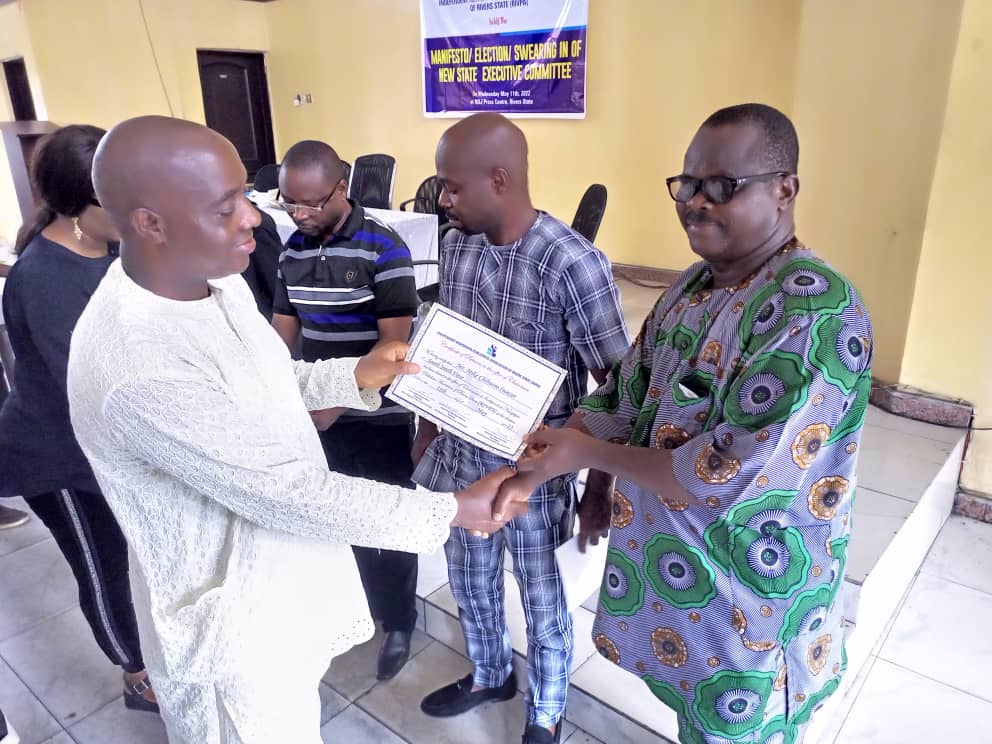 The Chairman,
Independent Newspaper Publishers Association of Rivers State (RIVPA), Mr. Mike Chibuoso Iwezor has maintained that he remains the chairman of the body and advised the few members stoking the amber of disunity among members to desist from such act.

The Chairman made this statement while reacting to an announcement by few disgruntled members of the body that he has been suspended as the Chairman of the association and appointed his Vice,
Mr Zeismer Ifeanyi Evans-Osi whose membership of the association is currently dislodged as it was discovered that he is not the publisher of independent Monitor but his elder brother lkechi Osi, to take over the position on Acting capacity.

Prince Iwezor who denied all the allegations leveled against him, revealing that the main issue is that a cabal within the association is not comfortable with his style of leadership because he did not allow them manipulate and control him.

“There is a cabal who believe RIVPA is its own and must dictate whatever happens within the association. I didn’t give them that privilege and they see it as a slight on their ego hence, their desperate plan to install their puppet but we won’t allow that”, he stated.

See also  A Yet To Be Identified Man Allegedly Slumps, Dies Inside Banking Hall In Delta State

Prince Iwezor went on to express disgust at the show of desperation by some few individuals to take RIVPA as their personal estate and as such throw integrity over the board.