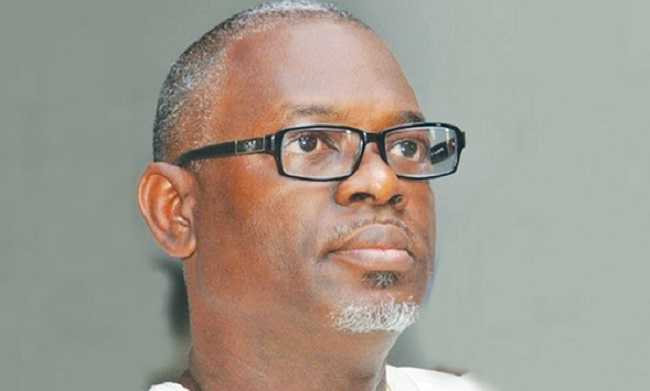 Mr. Osuntokun’s decision followed his nomination as the Director General of Peter Obi/Datti Baba-Ahmed Presidential Campaign Council, after the resignation of Dr. Doyin Okupe. Before his appointment as DG, Osuntokun, was the Southwest Coordinator of the Labour Party Presidential Campaign Council when Okupe was the DG, but Critics has pointed out that that he is the Senatorial Candidate of the Zenith Labour Party in Ekiti Central till now.

Members of the “Obidient Movement” has hitherto expressed serious concern regarding the implications of people seeing him as a Zenith Labour Party Candidate holding the position of a Labour Party member, especially as Southwest Coordinator of the Presidential Campaign Council.

That, noted a source, created an unnecessary crisis and distractions for the party, as nobody is legally allowed to belong to two political parties at the same time.

But speaking in an interview with Channels Television on Wednesday during a programme Politics Today, Osuntokun, who is still listed by the Independent National Electoral Commission, INEC, as the senatorial candidate of the Zenith Labour Party, ZLP, for Ekiti Central District, described his position as the campaign DG of LP as a ”higher order of priority.” And when asked if he had dropped his ambition, he answered, “I have abandoned it.”

“The campaign office has issued a press statement in that respect. What law have i breached in accepting the appointment?, What law has the presidential candidate who appointed me breached?” he asked. “So, it is a redundant question at any rate. It is of no consequence at all, whether legally or constitutionally. There is no moral burden at all.

“It is a higher order of priority. As a citizen of this nation with a realistic appreciation of what we need to move Nigeria forward, you cannot compare an aspiration to be in the senate to the position I just occupied. “I have no moral burden. I am moving to a higher sacrificial position. I don’t need to publicly declare it. I have the perfect freedom to decide what to do at any minute, as long I did not breach any legal position.

”The step I am taking is of the greater moral consequence for the country.”

Osuntokun, who was announced as the DG of the LP campaign council on Tuesday, took over from Doyin Okupe who resigned from the position after he was convicted for breaching the Money Laundering Act.

The electoral commission said neither Mr Osuntokun nor his party can withdraw his candidacy.

INEC’s Commissioner for Information and Voter Education, Festus Okoye, told PREMIUM TIMES that Mr Osuntokun remains ZIP’s Ekiti Central Senatorial candidate.
Mr Okoye said no individual or political party can at this point withdraw, submit or substitute the name of any candidate taking part in the 2023 general elections.
For INEC to amend the names of candidates already submitted at this point, he said, it must be through the order of a court of law. “The law is very clear,” he said in a telephone interview on Thursday. “The period for substitution and the period for withdrawal in our (INEC) timetable and schedule of activities as well as in the electoral
act, has elapsed.”

He added that the legality or otherwise of Mr Osuntokun’s appointment as LP’s presidential campaign DG is not within INEC’s purview but the internal structure of the political parties.
Both LP’s Spokesperson, Yinusa Tanko, and ZLP’s party leader, Dan Nwanyanwu, did not respond to our reporter’s calls and text message requests for comment.