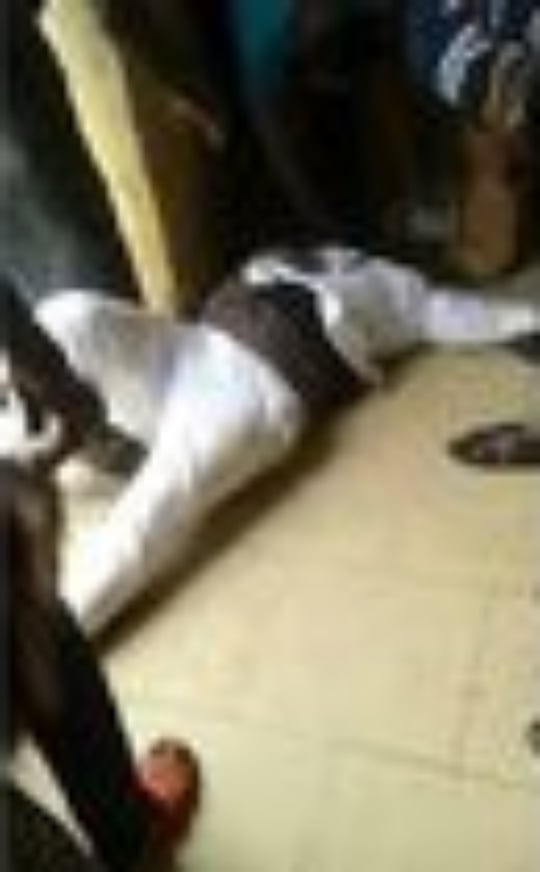 Man Believed To Be At Work, Beats Wife’s Lover To Death For Sneaking Into His Home At 3AM

A 42-year-old Kenyan man identified as Julius Kipkurui, has been killed for allegedly sleeping with his neighbor’s his wife, Chero.

The Directorate of Criminal Investigations (DCI), in a statement on Thursday, January 5, 2023, said the deceased was beaten to death by the woman’s husband.

According to DCI, the deceased had sneaked into the Chero’s house at about 3:am for their usual tryst but unknown to him, her husband who works miles away from home had returned unexpectedly.

“A village casanova who had an ongoing affair with his neighbor’s wife lost his life today morning, after he knocked on the woman’s door and came face to face with her husband who crushed him like pounded fufu,” the statement read.

“The 40th day for Julius Kipkurui, 42, arrived after he crept into the compound of one Gideon Kiptanui (not real names) minutes past 3am and started calling out the name of the man’s wife Chero asking her to open the door. Unknown to him, Chero’s husband believed to be working miles away from home had arrived incognito, earlier in the day.

“Initially, the man of the house who was in deep slumber thought that it was a bad dream but when the husky voice coming through a space between the wooden window persisted, he woke up all ears!

“Chero, yaat kurget, ane pepis neng’ung (Chero open the door, it’s me your babe) the voice continued. “A deafening silence followed as the man who was now seated on the bed digested the words in shock, looking down besides him where his wife lay without making a move.

“But before he could confront her over who the pepis was, the Casanova who had the impatience of a stallion knocked yet again! Chero! yaani mekosei? (Aren’t you opening?)

“This prompted the man of the house to fly from the bed with furry towards the door, and immediately after opening it went for the 42-year-old with the rage of a wounded lion!

“What followed was a commotion that shook the entire Takitech village as Chero’s husband attacked the man who dared to harvest where he hadn’t sown. It took the intervention of the village sub chief and nyumba kumi elders to calm down the situation and return things back to normalcy.

“Meanwhile, Chero fled the homestead to neighboring farms through the cattle boma, further rattling the animals that were equally bewildered following the unfolding events.

“The badly injured intruder was rushed to Kapkatet hospital where he unfortunately succumbed to his injuries while undergoing treatment.

“At the scene, the man of house was arrested and is currently being held at Abossi police station as appropriate charges are being prepared.”

Awa Lokan’ (Our turn): Details Of…

Pope Francis Explains That ‘Homosexuality Is…