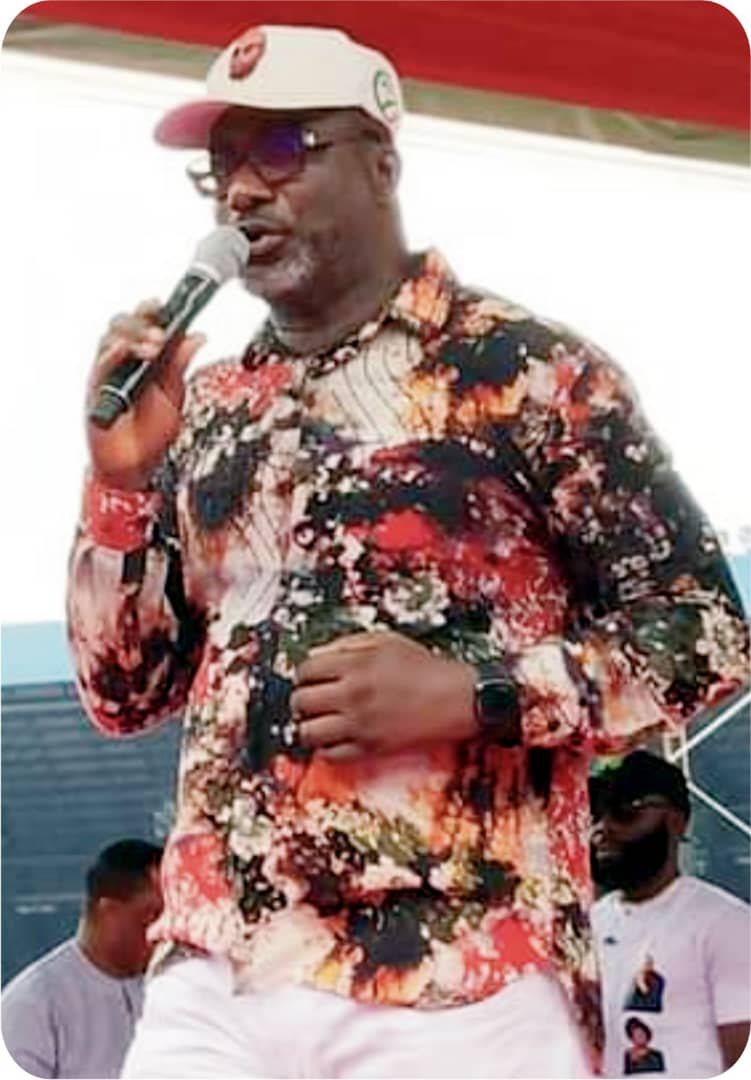 To be free is not merely to cast off one’s chains, but to live in a way that respects and enhances the freedom of others – Nelson Mandela.

The above statement by one of the African political legends that ever lived, and former South African President, late Nelson Mandela readily captures the atmosphere of the recent unveiling of the Rivers State Peoples Democratic Party, PDP, governorship flag bearer, Sir Siminalayi Fubara and all National Assembly candidates at the famous Adokiye Amasiemaka stadium, Saturday, November 20, 2022.

The massive turn-out of Rivers PDP members to grace the event is to say the least, an appreciation of a good turn that deserves another.

The number of attendees and the caliber of personalities that attended the event clearly shows that Democracy which by definition is a system of government powered by public interest and for public interest is now rooted in the state through good governance and quality leadership of His Excellency, Chief Barr. Nyesom Ezenwo Wike, the Executive Governor of Rivers State.

Differently put, freedom as rightly captured by late President Nelson Mandela should be the essence of every government which His Excellency, Nyesom Ezenwo Wike clearly understands as both a lawyer and political scientist, and has dutifully replicated same in the state to the admiration of the majority of Rivers people.

I am very much excited at the large turnout to our unveiling ceremony which shows our party is doing very well and we give all the thanks to our indefatigable governor, Chief Barr. Nyesom Wike who has shown more than enough capacity and turned Rivers State to a construction site.

However, I shall not fail to remind our people once more to shine their eyes as the 2023 elections proper draw closer so that we do not get entrapped in the snares of our political detractors who prefer politics of bitterness, hate and division to politics of development of our people, love and a united Rivers State.

We had earlier appealed that you make sure you have your Permanent Voters Cards (PVCs) which are your power to vote in PDP Candidates in Rivers State.

Having said that, let me also plead with all PDP members and the good people of Rivers State to be sure you vote for our Governorship flag bearer, Sir Siminalayi Fubara and all the Rivers State PDP candidates to continue the freedom, this joy and quality leadership we celebrate in the state today, under His Excellency, Chief Barr. Nyesom Ezenwo Wike.

If Gov Wike of the PDP can achieve all he has done within seven and half years in office, you can imagine what will become of our state, our children, our women and people generally if the PDP continues in office.

May I repeat once again, that the Western countries we all see as civilized and developed today, were able to get to that height because of a long period of untruncated leadership especially when the party in power is efficiently running and directing public affairs.

This is the feat we hope and pray to achieve for our state and by God’s grace, we shall get there. We are only appealing to you to play your own part well by voting for all Rivers State PDP candidates in the coming elections and you will as usual, thank God you did.

Once again, thank you for all your support and encouragement and remain blessed.

Nigerians Should Vote For Candidates Of…