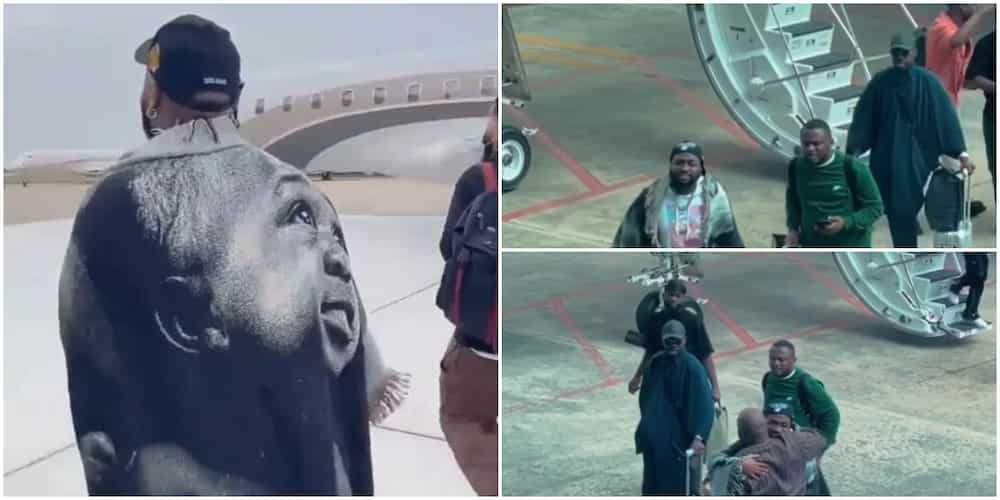 Nigerian singer, Davido has arrived Qatar ahead of his closing ceremony performance at the ongoing World Cup.

The singer was spotted with a customized blanket which had the face of his late son, Ifeanyi on it.Ubi Franklin, his lawyer, Bobo Ajudua popularly known as Prince and more were spotted with him.

It was earlier reported that Davido was set to perform at the ongoing 2022 World Cup in Qatar.

Chinese businessman, Stephen Hung shared the good news via his official Instagram story.He claimed that the singer had confirmed that he will be closing the ceremony at the World Cup.

Expressing excitement, Stephen Hung stated that he can’t wait to see him.

“So happy my bro @davido confirmed he will be performing at the World Cup Qatar closing ceremony. Can’t wait to see him there