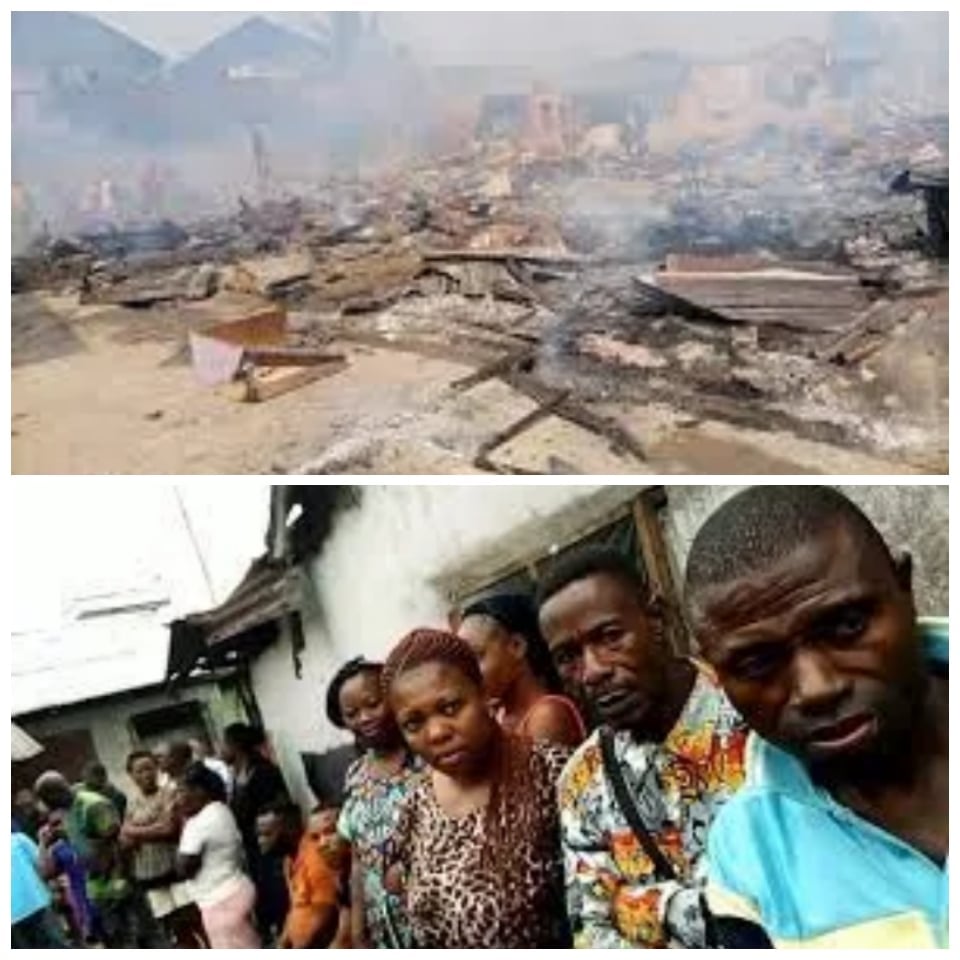 Over 200 persons were displaced, with goods and property worth millions of naira destroyed, following a fire outbreak in Elekahia, a densely populated area in Port Harcourt, Rivers State on Friday morning.

Our correspondent who visited the scene gathered that the fire which started at about 8:30 am was caused by a kerosene explosion.

Some of the affected residents have traveled for the festivities, while others were out for work when the fire started.

An official of the Federal Fire Service, John Nnemeka, told our correspondent that they arrived early but were unable to access the scene because of the nature of the houses.