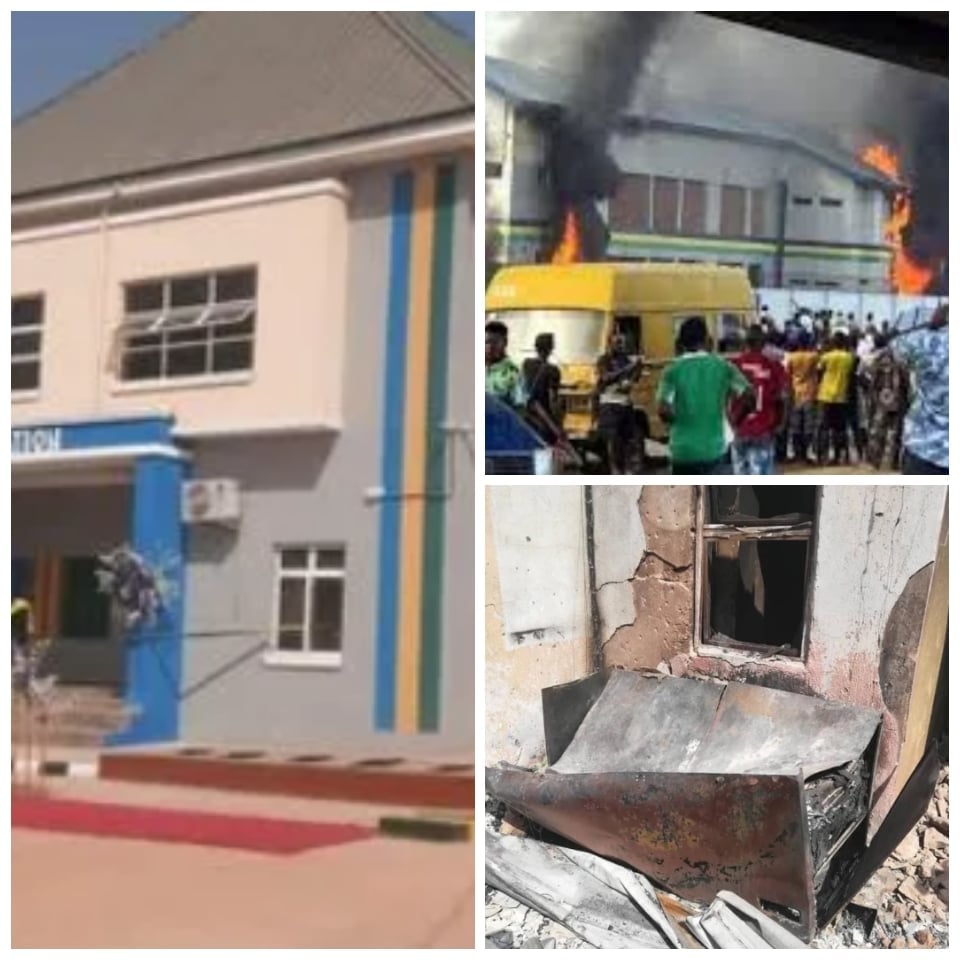 Ihiala people In Anambra at the early hours of Wednesday were woken up by the bombing of the Divisional Police Station in the area.

It was alleged that the suspects under the custody of the Division were released by the gunmen who spent hours during the incident.

The hoodlums were said to have broken open police Armory during the attack.

It was not certain however if they were able to cart away arms and ammunition from the station.

It was learnt that policemen on duty had engaged the Gunmen in fierce battle even as people residents within the divisional headquarters scampered for safety. No casualty figure had been recorded as at the time of this report.

It was further learnt that some suspects were set free by the Gunmen during the attack. A team of Fire fighters were said to have been deployed to assist the police personnel to quench the fire. Police Public Relations Officer of the State Command, DSP Toochukwu Ikenga confirmed the incident when contacted.

He disclosed that one AK-47 riffle abandoned by the fleeing gunmen was recovered from the scene of the attack.

According to Ikenga, “Our Operatives in the early hours of today 28/12/2022 engaged some gunmen who attacked Ihiala police divisional headquarters and recovered one abandoned Ak47 rifle. The gunmen escaped the scene due to the superior firepower of the police operatives, and no casualty was recorded.”

He said, “Unfortunately, the explosives the gunmen threw inside the police Station building had already ignited a fire and affected the building.”

“The fire has been put off. Operation is still ongoing in the area, further details shall be communicated,” he added.

Recall that Ihiala and other communities around it such as Azia, Orsumuoghu, Lilu, Uli communities, as well as nearby communities of Okija and Ozubulu in Ekwusigo local government area have been the battle ground for unknown Gunmen.

Operatives of the State Joint Security Taskforce set up by the State Government have taken the battle to the door steps of the hoodlums including their shrines, forests and uncompleted buildings as well as other hideouts aimed at smoking them out.

Also, popular native doctors who were reported to be collaborators of the dare devil gunmen have been arrested alongside the hoodlums while buildings marked as hideouts had been demolished and shrines burnt down during raids.

“Support Us To Win Our States, We Will…