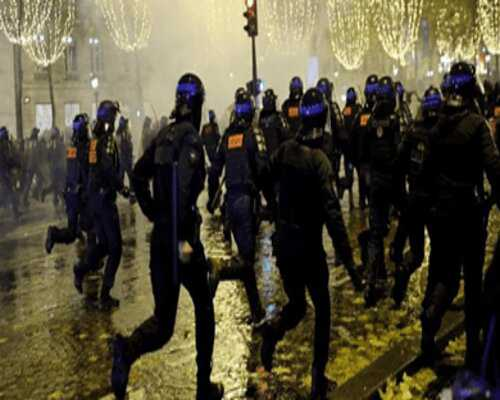 French police reportedly used tear gas to disperse crowds of fans who gathered at the Champs-Elysees in Paris after their national team’s defeat at the 2022 World Cup final in Qatar.

On Sunday December 18, Argentina defeated France 4-2 on penalties, following a 3-3 draw after extra time, and won the World Cup for the third time.

People were gathering on the Champs-Elysees even before the start of the World Cup final. Police blocked traffic at the site and near the Arc de Triomphe. Some fans then clashed with police officers after the police started detaining violent participants resulting in the use of tear gas.

After the agonizing defeat in a tense penalty shootout, Macron was seen consoling all the players after the 4-2 defeat in the penalties.

“Congratulations to the French team for its career and its combativeness in this World Cup. You have thrilled the Nation and supporters around the world. Congratulations to Argentina for their victory,” he tweeted moments after the defeat of France.

See also  Polygamy: I Wont Be Numbered In A Home We Built With Love & Tears- May Reply Yul Edochie